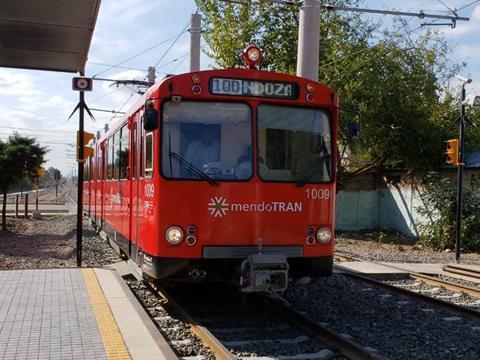 The 5·4 km northern extension from the city’s former railway station to Avellaneda in Las Heras district adds nine stops. Services operate every 10 min, and three additional vehicles have been added to the fleet. As with the initial fleet, these are Siemens-Düwag U2 light rail vehicles purchased second-hand from San Diego and refurbished in Mendoza.

Passenger services on the first 12·5 km section started in April 2012. This runs from the former railway station southeast to Gutiérrez, serving 15 stops. A further northern extension to the airport is planned.