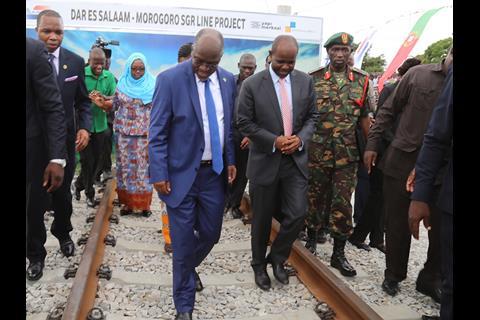 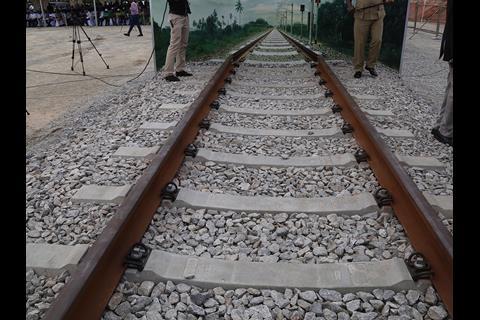 TANZANIA: Construction of a 207 km standard gauge line linking Dar es Salaam with Morogoro is set to get underway on May 5, following the ceremonial launch of work by President John Magufuli in Pogo on April 12.

The line is to be built by a joint venture of Turkish company Yapı Merkezi and Portugal’s Mota-Engil under a turnkey contract signed on February 3. Project supervision services will be provided by Korea’s Korail under a contract awarded on April 10.

The 1 435 mm gauge single-track electrified line is expected to open in October 2019. Largely following the alignment of the existing metre-gauge route, the new line will be designed for 160 km/h passenger and 120 km/h freight services, with six stations including an inland freight terminal at Ruvu. Freight traffic is estimated at 17 million tonnes/year.

At the launch ceremony Magfuli said that during a visit to Tanzania in January Turkish President Recep Tayyip Erdoğan had expressed interest in Turkey funding the second phase, which would run for 336 km from Morogoro to the capital city Dodoma.

Future extensions are planned from Dodoma to the Lake Tanganyika port of Kigoma and Lake Victoria port of Mwanza. In the longer term, extensions to Rwanda and Burundi to complete a proposed 2 561 km standard gauge regional network.