Learning to adapt in a multimodal transport era 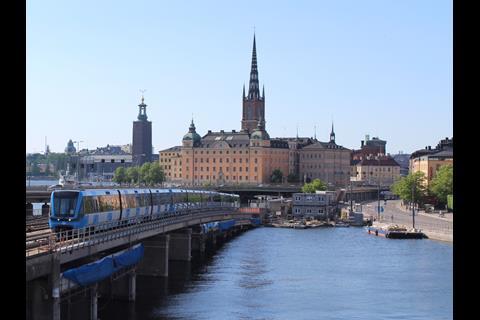 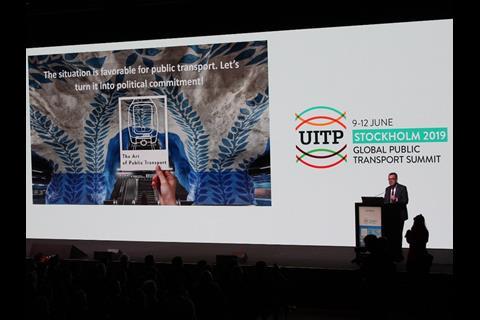 show caption
Among the main messages from the UITP Global Public Transport Summit 2019 was that operators have to adapt to changing mobility needs as new modes emerge.

The UITP Global Public Transport Summit 2019 was held in Stockholm on June 9-12 with ‘the art of public transport’ as its theme.

The conference programme and related exhibition provided a snapshot of innovation across the rapidly changing sector. This year many of the summit’s highlights related to autonomous vehicles. EasyMile announced that its driverless shuttle is now equipped for unattended operation, while Navya said that it had sold 115 of its own version by the end of 2018.

Uber has also achieved important milestones since the previous UITP Summit, which was held in Montréal in 2017. In December that year Uber became a UITP member, in the Digital Platforms category. Then, in July 2018, the on-demand taxi company reached an agreement with Nice transport operator Lignes d’Azur for passengers to use Uber services for a flat fare from six suburban tram stops after the departure of the last connecting bus to residential areas.

But an important message in Stockholm was that while technology develops and new modes spread, urban rail is still the optimal solution for moving people in cities efficiently, reliably and sustainably. Autonomous vehicles and on-demand taxi services were therefore mostly mentioned as complementary to an effective public transport network, best applied in low-density areas and for solving the last-mile problem.

Public transport operators need to adapt to the new mobility landscape in several ways. Multimodality is an important trend, and it must be easy for passengers to change modes — not only between different forms of public transport, but also to car- and bike-sharing, scooters, and other alternatives.

An increasing number of platforms are available that offer Mobility as a Service: end-to-end trip planning that includes all available transport modes. The winner of UITP’s award for multimodal integration was the Weego app, which allows users to plan an optimal end-to-end journey. The app is similar to Nugo, launched by Italian state railways FS in June 2018; Nugo even includes trains operated by FS’s largest competitor NTV Italo.

TechnologyRegion Karlsruhe, working jointly with UITP, presented its Regiomove initiative. This aims to create a single multimodal transport network for the whole region, which includes redesigning public spaces to improve the user experience when changing between modes.

The main themes of the plenary sessions suggested that operators have to be more adaptive to passengers’ changing mobility needs and react quickly to their behaviour. Big data tools can help with this. Thales presented its NAIA software, which captures data on passenger flow. This can be used to help reduce platform crowding and adjust headways in line with train occupancy, but it can also build up a picture on how particular passengers move, such as those with reduced mobility. This could be used to determine which stations would benefit most from the installation of lifts, for example.

Rail modes are increasingly heading in the direction of autonomy, UITP’s Director of Rail Transport Laurent Dauby told Metro Report International. He added that both infrastructure and rolling stock are increasingly interacting with the environment, with local sensors rather than the commands of the control centre responsible for many actions.

Dauby reports ‘a very strong confirmation and deepening of the impact of digitalisation’ in the two years since the previous UITP summit. This includes autonomous tram operation. He predicts that in the future fully automated metros might have additional features using artificial intelligence and autonomous decisions that could be used to in a degraded mode scenario.