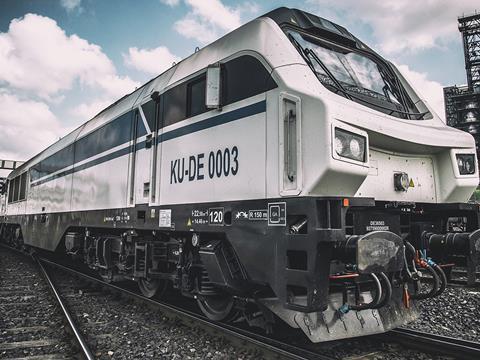 TURKEY: Wabtec and Tülomsaş have delivered five PowerHaul diesel-electric locomotives to Körfez Ulaştırma, the rail transport subsidiary of oil refining company Tüpraş which was the first operator to order new locos after the government began issuing operating licenses to private companies in 2017.

Körfez Ulaştırma signed the order with what was then GE Transportation at InnoTrans 2018 on September 18 last year. The deliveries double the size of the operator’s fleet; it currently has five PowerHaul locos leased from state operator TCDD. It also owns 439 wagons and leases others.

‘We have been working to increase the speed and productivity of our logistics as we expand our operations’, said Tufan Başarır, General Manager of Körfez Ulaştırma. ‘Now that we have five powerful new locomotives added to our fleet, we are able to move goods between Tüpraş refineries and the fuel terminals more efficiently and better meet our customers’ needs.’

The locomotives were built in Eskişehir by Tülomsaş, Wabtec’s partner for the production of PowerHaul locos for the European, Middle Eastern and North African markets.

‘We have a long-standing partnership with Turkey that will continue beyond the delivery of these new locomotives’, said Gökhan Bayhan, Wabtec’s General Manager for Russia, the CIS, Middle East & North Africa. ‘Wabtec will be providing service support and technical expertise to maximise performance throughout their lifecycle.’