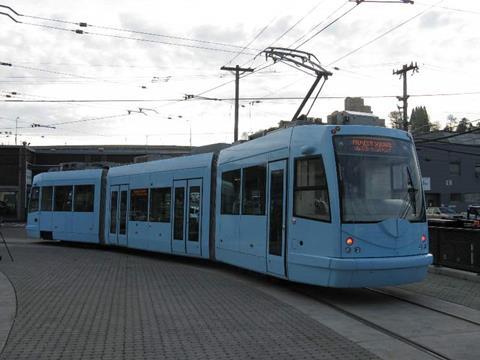 USA: A prototype low-floor tram with off-wire capability has been delivered to Seattle by Czech firm Inekon.

The bidirectional three-section Inekon 12 car is fitted with lithium-ion batteries produced by Saft that allow it to run for up to 16 km without overhead wires.

Final assembly of the air-conditioned vehicle took place at Ekova Electric’s factory at Ostrava in the Czech Republic, where it was tested on the city’s network. A second prototype is being built before series production begins.

Seattle has placed a US$30m firm order for seven trams, with an option for a further 19. At the request of Sound Transit, the vehicles will be limited to a maximum speed of 32 km/h when running off-wire.

Detroit has also ordered off-wire capable trams from Inekon for its M-1 line.