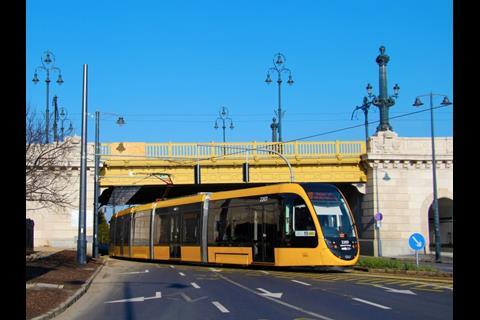 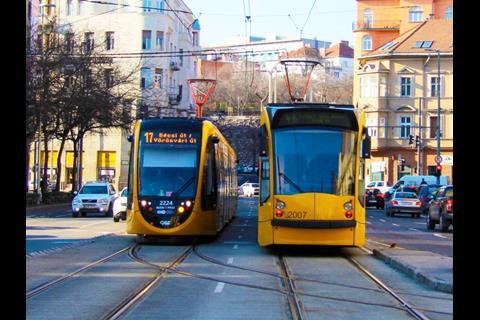 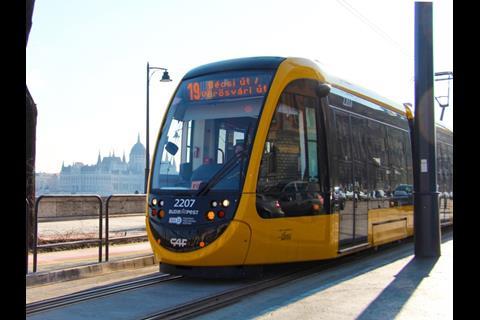 HUNGARY: The completion of a project to connect tram routes in the Buda district of Budapest was marked with the start of passenger services on January 16. The ‘fonódó villamoshálózat’ (interweaving tram network) project has enabled the creation of two long north-south corridors on the right bank of the River Danube.

Three connections have been built. Those between Üstökös utca and Margit körút and between two sides of Széll Kálmán tér enable Route 17 to run from Bécsi út/Vörösvári út to Savoya Park. The cost of this part of the project was HF10·8bn, of which 90·4% was funded by the EU.

The other part of the project involved the reinstatement of a 1 km connection between Batthyány tér and Margit híd to enable routes 19 and 41 to run to Bécsi út/Vörösvári út. Part of this is single track, owing to limited space under the bridge. The cost of this section was HF5·1bn, of which 68·3% was funded by the EU.

The project also includes rebuilding some stops to allow level boarding, with the other stops due to be rebuilt later. The rebuilt line under Lánchíd bridge, required to provide enough clearance for the new CAF trams that started to enter service last year, is due open in March, and the refurbishment of Széll Kálmán tér is due to finish in May. This includes the removal of the turning loop, which is no longer required.

Work on the fonódó villamoshálózat project was carried out between October 2014 and November 2015 by the Óbuda Tram Konzorcium and Bem Tram Konzorcium, both comprising Swietelsky Vasúttechnika, Strabag Általános Építő and Közgép. Test running on the new routes took place between November 23 and December 23.