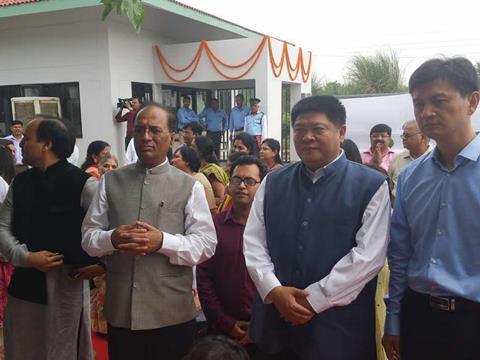 CRRC said it was the first foreign company to set up a rail vehicle assembly plant in India since Prime Minister Narendra Modi launched his ‘Made in India’ campaign in 2014. The Bavo facility is CRRC’s first factory in South Asia, which the group sees as an expanding market. Vice-President Yu Weiping said the plant would ‘advance co-operation in industrial capacity and local equipment manufacturing’, creating jobs for local people and generating tax revenues to fund infrastructure improvements.

Yu said CRRC was looking to expand its presence in the Indian market. ‘Given that there are more than 60 000 km of railways in India, it is far from enough to build a single plant’, he said. ‘CRRC will build more plants able to produce trains, traction systems and other key parts.’