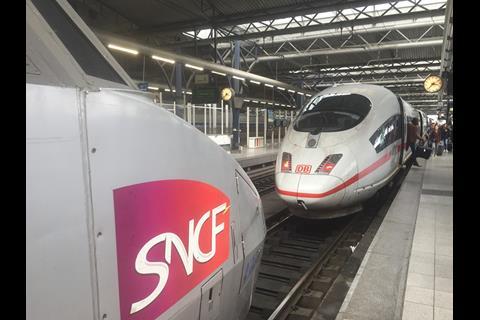 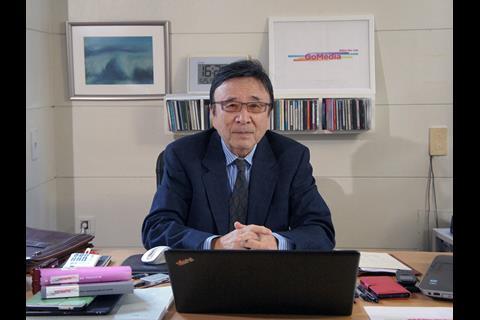 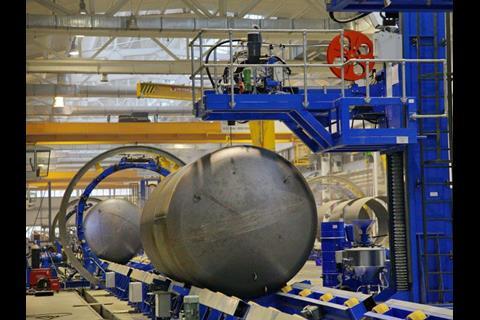 FreightCar America has announced revenue of $79·0m and a net loss of $6·2m for Q3 to September 30. It delivered 498 new and 390 rebuilt wagons, and its order backlog totalled 1 911 wagons worth $167m. 'While we continue to be very encouraged by the progress we are making in our Back to Basics business transformation, we experienced several challenges', said President & CEO Jim Meyer. 'The quarter was impacted by industry pricing that remains extremely challenging, combined with material supply constraints and higher costs. In addition, our productivity levels were temporarily impacted by major line changeovers and planned upgrades at our Shoals facility.'

Onboard infotainment company GoMedia has opened an office in Tokyo, headed by Managing Director Tetsu Shibuya. The UK-based company said its first international office would focus on working with rail and station operators ahead of the 2020 Olympics. ‘With tourist numbers predicted to double over the next two years, transport operators are looking for innovative ways to guide, entertain and drive revenue from the increase in new passengers’, said CEO Matt Seaman.

ST Engineering’s Electronics sector has signed a memorandum of understanding with PT Len and its subsidiary PT Eltran to collaborate on future platform screen door projects in Indonesia and overseas.

As part of its ongoing investigation into the proposed merger of Siemens Mobility and Alstom, the European Commission has sent the companies a statement of objections. They must now propose concessions such as asset sales to address the concerns. The Financial Times reported on October 29 that UK infrastructure manager Network Rail had written to the European Commission expressing concern about the possible impact of the merger on competition in the signalling sector.

Bombardier Transportation has appointed Elliot G (Lee) Sander as President of its Americas Region with effect from November 19. He succeeds Benoit Brossoit, who will remain with the company in an advisory capacity. Sander was previously Managing Director, Global Transportation and US Infrastructure at Hatch Ltd, and has held leadership roles at AECOM, HAKS Group and New York MTA.

Deutsche Bahn's venture capital arm DB Digital Ventures has invested in Canadian company Kepler Communications, which is building a global network of 140 small satellites which will offer connectivity for bulk data transmission and IoT applications from 2022. ‘Uninterrupted real-time communication has to be there before any other advancements in digitalisation can be made’, said Sabina Jeschke, DB management board member for Digitalisation & Technology. ‘Kepler's satellite network makes the internet of things available worldwide without cell towers, across national borders and independent of roaming agreements. It's a truly pioneering service with incredible potential, especially for international freight transportation and logistics.’

United Wagon Co produced 5 000 vehicles in Q3, a 15% increase on the same quarter in 2017. The Russian company said growth was driven by specialised rolling stock, with the increased production of hopper, flat, tank and covered wagons offsetting a drop in production of open wagons.