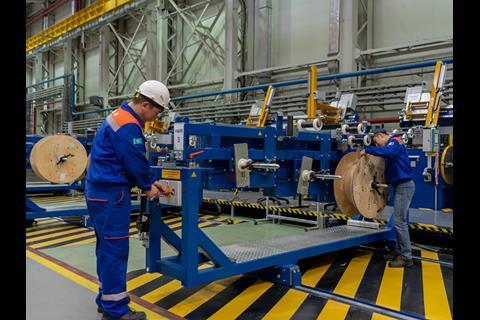 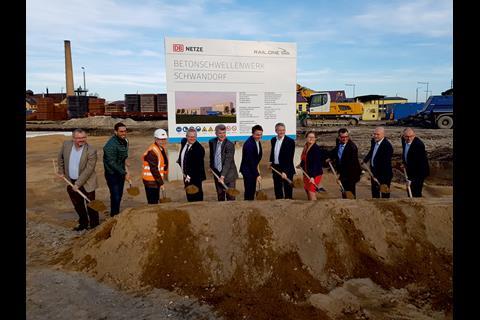 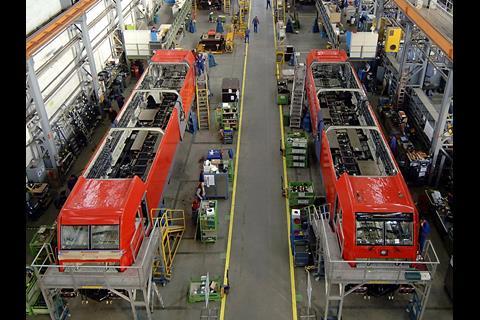 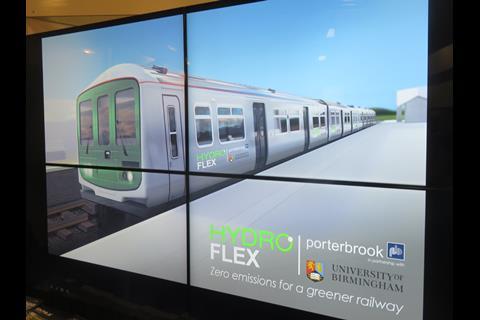 PCM Rail.One has begun construction of a concrete turnout bearer plant on a DB Netz site at Schwandorf in Bayern. Production is scheduled to begin in autumn of 2019, with annual capacity of 180 000 linear metres of end-anchored prestressed concrete bearers. ‘We will deliver concrete sleepers to construction sites in combination with the turnout components already manufactured at our site, thereby optimising our logistics’, said Christian Suhren of DB Netz.

Bombardier Transportation has announced revenues of US$2·1bn for Q3 to September 30, delivering 2% organic growth offset by an unfavourable currency impact. It said the continued ramp-up of major projects initiated in 2017 was bringing sustained growth across all segments, and the business was on track to full year guidance of approximately US$9·0bn. EBIT before special items was in line with the prior year at US$187m with a margin of 8·6% on a year-to-date basis, continuing to trend towards the greater than 8·5% margin guidance for the year.

Alstom has begun production of onboard transformers for electric locomotives at the EKZ joint venture with Transmashholding at Astana in Kazakhstan. Full production capacity is expected to be 300 transformers per year with 100 employees.

Foresight Autonomous Holdings Ltd has increased its stake in RailVision Ltd to 36% of the issued and outstanding share capital. This follows InnoTrans 2018, where RailVision presented an add-on big data module concept, providing customised real-time and offline analysis of rail infrastructure.

UK leasing company Porterbrook has refinanced its £250m, 2019 public bond in the private placement market with a new facility raised from a group of US, UK, Canadian and Swiss institutional investors with a significantly improved coupon. The senior secured notes maturing in 2028 have been rated Baa2 by Moody’s Investors Service. MUFG and NatWest Markets acted as joint placement agents, Rothschild acted as financial adviser to Porterbrook. Milbank, Tweed, Hadley & McCloy LLP acted as borrower counsel and Greenberg Traurig as investor counsel. ‘We were encouraged by the investor demand, particularly in the US, and it is clear that that there is confidence in our asset management proposition‘, said Stefan Rose, Head of Structured Finance at Porterbrook, adding that the company now has a ‘diversified funding group including both banks and institutional investors to support our new bids and fleet upgrades in the near future.’

Blockchain and artificial intelligence start-up Fetch.AI has joined the UK’s Rail Industry Association, and aims to explore the potential for using its Fetch Autonomous Economic Agents in the rail sector.

Bombardier is to establish an Advanced Technologies Office, led by François Caza who has been appointed Chief Technology Officer. The ATO will focus on systems design and engineering, including applying experience from Bombardier’s aerospace programmes to its Transportation business.