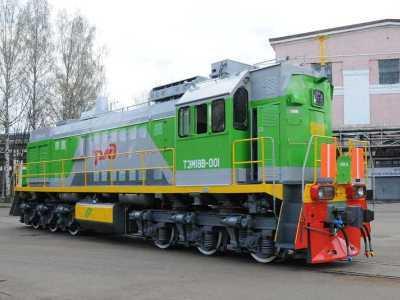 RUSSIA: Wärtsilä TMH Diesel Engine Company has signed a contract to supply 12 20L diesel engines to power TEM 18B shunters being built by BMZ Bryansk, a Transmashholding subsidiary. Announced on March 7, this is the first order signed by the joint venture formed in 2010 between Wärtsilä and Transmashholding. The engines will be delivered in late 2013.

The TEM 18B is designed to operate at temperatures of between -50°C and 40°C. ‘The challenging climatic conditions call for high engine efficiency and reliability. At the same time, the customer’s need has been to reduce the fuel consumption and operating costs with these new locomotives, and in all these areas WTEC has been successful’, said WTEC Managing Director Zeljko Starcevic.

The first shunter powered by the 20L engine was awarded a Certificate of Conformance in April 2012 by the Federal Agency for Railways, enabling it to operate on the RZD network.

The engines will be manufactured in Penza, and annual production is estimated at 250 to 300 units. By the end of the year around 30 20L engines will be powering RZD TEM 18B locomotives.