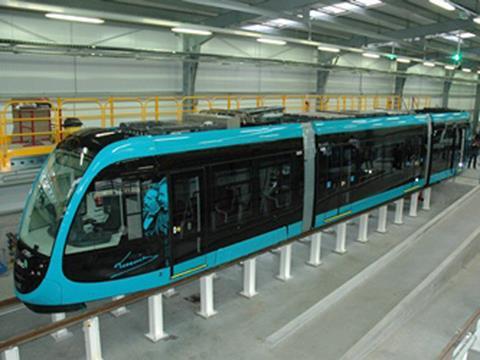 FRANCE: Officials from Bescançon visited the CFD Bagnères plant in Bagnères-de-Bigorre on February 12 and 13 to view progress with the fleet of 19 cars that are being supplied to the city by Spanish rolling stock manufacturer CAF. One completed tram was undergoing static testing as a further two cars were being assembled.

While the first vehicle of the new fleet is due to arrive in Besançon on June 6 from the CAF plant at Zaragoza in Spain, CFD is assembling the remaining 18 cars, as well as eight CAF Urbos trams for Nantes. CAF purchased a majority stake in CFD in 2008.