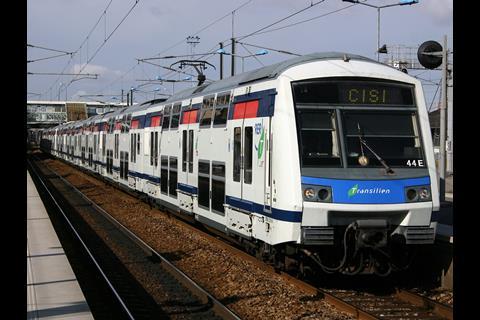 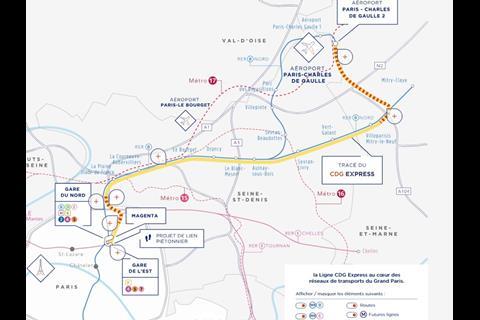 FRANCE: The CDG Express project to provide a dedicated airport express between central Paris and Roissy-Charles-de-Gaulle airport is to be delayed by two years, Transport Minister Elisabeth Borne announced on May 28.

Running for 32 km between Paris-Est and the LGV Interconnexion station at Charles-de-Gaulle airport Terminal 2, CDG Express will use a mix of existing tracks, mostly in the corridor used by RER Line B, and 8 km of new construction provisionally costed at €1·7bn. Construction of the new infrastructure is being funded and managed by a consortium of SNCF Réseau and Aéroports de Paris.

When the Hello Paris consortium of Keolis and RATP Dev was selected in December last year to operate the service, it had been hoped it would start on January 1 2024, ahead of Paris hosting the Olympic Games that summer. However, the government has now agreed with transport authority Ile-de-France Mobilités that this timescale was too ambitious, and trains are unlikely to begin running before 2026.

CDG Express has proved highly controversial, especially along the routes of RER lines B and E where local officials were concerned that provision of an airport express could reduce the capacity available for suburban trains.

Responding to Borne’s announcement, President of the Ile-de-France region Valérie Pécresse said that while there was no question of cancelling the scheme, which she described as ‘essential to the long-term economic attractiveness of the Paris region’, IDFM would have to be ‘vigilant’ about a number of key issues during its delivery. These included ‘prioritisation of the renewal of RER Line B’ and the provision of maximum capacity for local transport services during peak hours.

While Pécresse insisted that the delay to CDG Express would have no effect on the city’s plans to deliver the Olympic Games, she added that IDFM would work with SNCF Mobilités to develop a ‘JO Express’ proposal. This would ‘optimise’ access to the sporting venues served by the RER network for the duration of the Olympic and Paralympic games in August and September 2024.