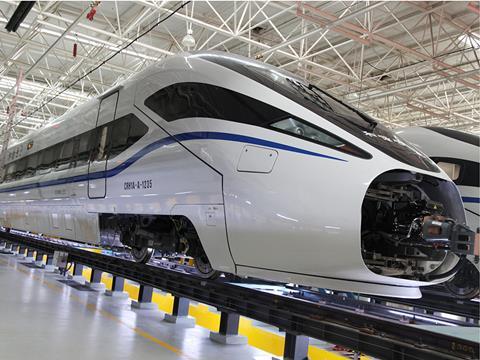 Bombardier says that the order is intended to support the ongoing integration of Guangxi's regional high speed routes into the national network of Passenger-Dedicated Lines. The contract covers five eight-car trainsets and is valued at 543m yuan. It follows a separate contract for 144 CRH1A-A cars placed by CRC in March.

Designated Zefiro 250NG by the manufacturer, the aluminium-bodied design was developed by BST as a successor to the steel-bodied CRH1, which had itself been derived from Bombardier’s Regina EMU used in Sweden. The first CRH1A-A trainsets entered service on Hainan Island in November last year.