Denver receives the first of 55 LRVs from Siemens 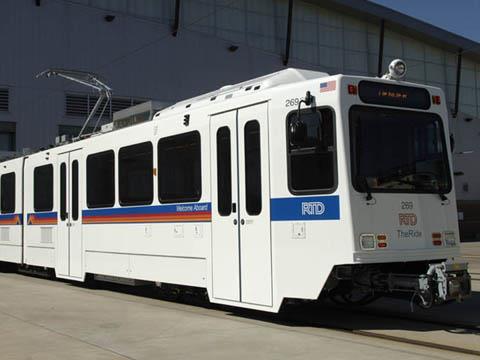 USA: On August 21 the first of 55 SD160 light rail vehicles ordered to supplement RTD’s FasTracks fleet was delivered to the Elati Light Rail maintenance facility from Siemens’ plant in Sacramento. The remainder will arrive over the next 18 months.

The US$184m contract for 55 high-floor cars was placed on February 5 2008, following previous orders for 95 LRVs. The vehicles will be tested on-site before undergoing a 2 400 km commissioning period, operating throughout the network during non-traffic hours to test their safety and functionality.

The vehicles will eventually be used on the 19·4 km West Corridor, the I-225 Corridor and the Southeast and Southwest line extensions. Until the West Corridor opens in 2013, the 55 LRVs will be integrated gradually into RTD’s existing fleet to reduce the hours worked by the original vehicles, some of which have now reached the 1 million mile (1·6 million km) mark. Put into service in 1994, their overall life expectancy is 30 years or 2 million miles (3·2 million km).