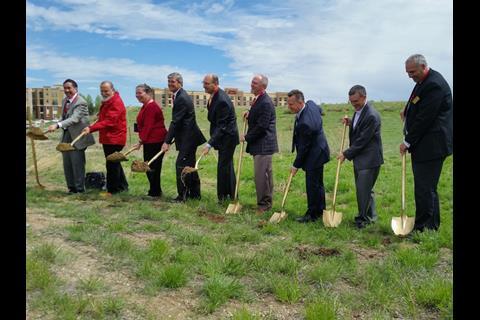 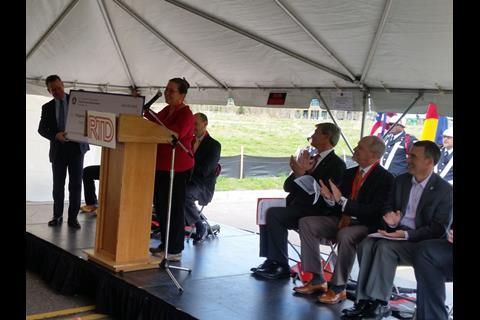 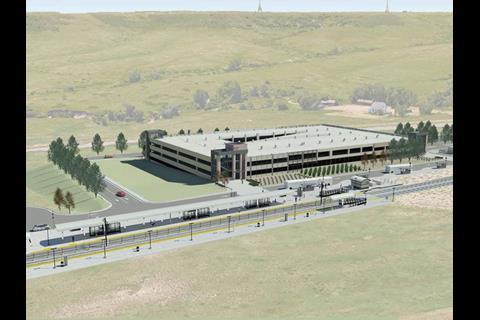 USA: Construction of Denver’s Southeast Rail Extension is to start on May 16, following a groundbreaking ceremony on May 10. Held at the site of the future Sky Ridge station, the ceremony was attended by RTD General Manager & CEO Dave Genova, local mayors and the Federal Transit Administration’s Regional Administrator Linda Gherke.

FTA is contributing $92m towards the $233·1m project from its Capital Investment Grant programme, with the rest being covered from local funding sources. RTD says it has raised an ‘unprecedented’ $25m in cash and an estimated $3m in land and right of way permits from the City of Lone Tree, Douglas County, Coventry Development and the Southeast Public Improvement District.

Part of the FasTracks programme approved by voters in 2004, the extension will add a further 3·7 km to the 30·5 km Southeast Line. The route will follow the Interstate 25 corridor south from Lincoln Avenue to serve Sky Ridge and the future Lone Tree City Center before turning east to reach the new terminus at Ridge Gate Parkway where a multi-storey park-and-ride facility will provide 1 300 spaces. All stations will be within walking distance of new transit-oriented development projects, serving more than 200 ha of mixed-used, commercial and residential development. As part of the project, RTD is to purchase an additional eight LRVs.

In July 2015 RTD selected Balfour Beatty Infrastructure Inc as construction contractor for the extension, which is due to be completed by 2019. It will be served by three light rail routes: the E Line to Union Station, the F Line to 18th & California in the city centre, and the orbital R Line through Aurora to an interchange at Peoria with the University of Colorado A Line commuter rail line to Denver International Airport.

Lone Tree mayor Jim Gunning said the extension would be ‘transformational’ for Denver’s southeastern suburbs. ‘This is about connecting people. It’s about living, working and shopping here, getting into downtown, getting to the airport and the world; it’s about multimodal transportation and, most importantly, it’s about planned growth for our future.’