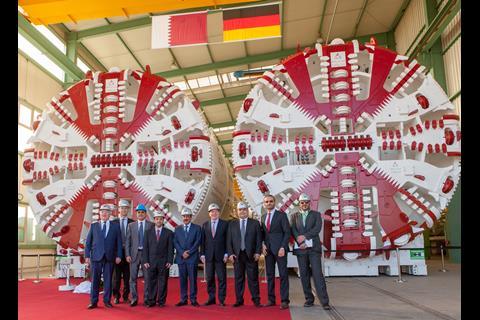 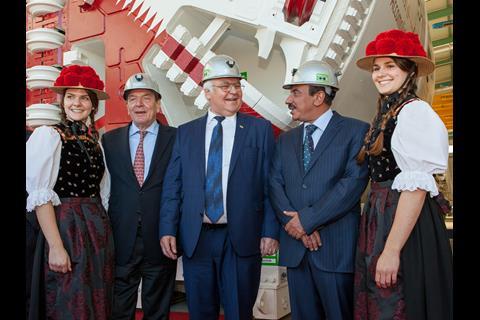 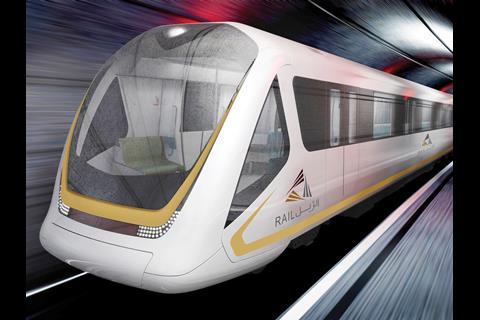 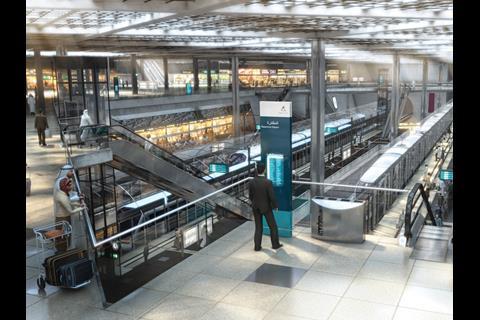 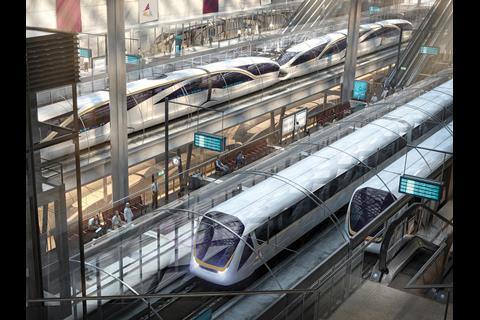 QATAR: Minister of Transport Jassim Saif Ahmed Al Sulaiti has inspected the first two of 15 tunnel boring machines which Herrenknecht is building to bore 90 km of tunnel for the Doha metro by 2019.

The 7 050 mm diameter earth pressure balance TBMs 'Lehwaila' and 'Al Wakra' have a cutting wheel drive of 1 280 kW. They will be used to bore through limestone for the Red Line South, which is expected to be busiest section of the future network and will connect the main stadia for the 2022 FIFA World Cup.

The minister was joined at Herrenknecht's factory at Schwanau in Germany on February 24 by former German Chancellor Gerhard Schröder as well as representatives of Qatar Rail and the QDVC/GS Engineering & Construction/Al Darwish Engineering joint venture which is building the Red Line South.