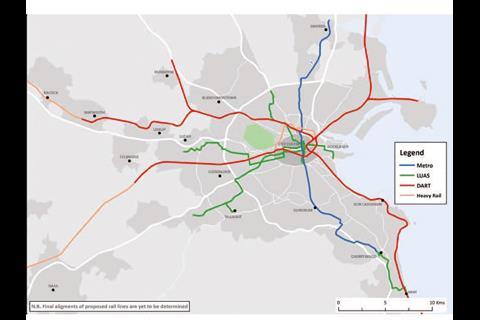 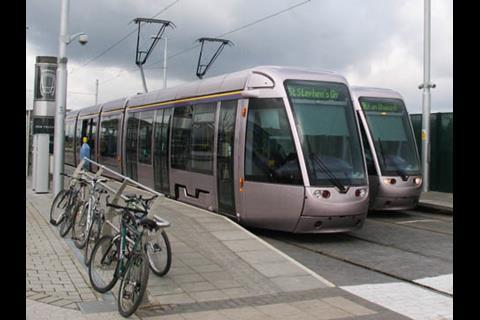 IRELAND: A 20-year vision for the development of the transport network in Dublin, Meath, Wicklow and Kildare is set out in the Transport Strategy for the Greater Dublin Area 2016-35 which has been published by the National Transport Authority.

The proposed rail enhancements aim to produce an interlinked network with a ‘very substantial increase’ in peak capacity across the metropolitan area. The projects are:

The majority of the existing DART EMU fleet would be replaced or refurbished, with additional rolling stock needed for the expanded network which would have services in the city centre running every 5 min in the peaks. Increased capacity would be provided on the South East Rail Line through the provision of shuttle commuter train services operating south of an interchange with DART at Greystones.

A number of light rail projects are proposed, although these would be subject to further comparative analysis against buses:

A network of strategic rail-based park and ride facilities would be developed where rail services intersect with the national road network adjacent to or outside the M50 motorway at Swords, Finglas, Dunboyne, Liffey Valley, Naas Road, Carrickmines, Woodbrook and Greystones.

The strategy notes that the movement of freight by rail ‘will continue to be supported and encouraged’, however the small size of Ireland and the proximity of Dublin Port means that most freight movement will be by road.