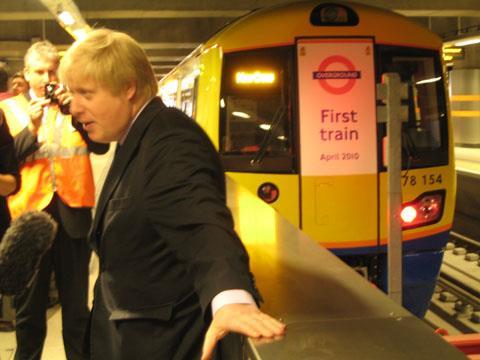 UK: The East London Line was formally inaugurated by Mayor of London Boris Johnson at Dalston Junction station on April 27.

Johnson praised Transport for London for completing the project early and on budget. ‘We are united in celebrating a titanic achievement by TfL’, he said, describing the line as ‘a fantastic addition to the London transport system’. Linking two major employment areas in Croydon and east London, it will form ‘part of our vision of creating an orbital Overground network’.

Following the ceremony, the first passenger train departed Dalston Junction at 12.05. London Overground will operate eight four-car trains per hour between 07.00 and 20.00, Monday to Friday, over the reconstructed route between Dalston, Shoreditch High Street and New Cross/New Cross Gate until May 23, when through services to West Croydon and Crystal Palace are due to begin with the summer timetable change. The service will then increase to 12 trains/h, four each to New Cross, West Croydon and Crystal Palace. Journey time from Dalston Junction to West Croydon will be 47 min.

The £1·4bn ELL project involved construction of four new stations and 3·5 km of new route, largely following a disused railway alignment. The former London Underground line has been renewed to National Rail standards, and a new depot built at New Cross Gate. The final section of the northern extension from Dalston to Highbury & Islington, with an intermediate station at Canonbury, is due to open in early 2011.

The line is worked by a fleet of 20 air-conditioned Class 378 EMUs. About 100 000 passengers per day are expected to use the line in 2011, giving an estimated annual ridership of 33 million.

The second phase of the ELL project will extend the route from Surrey Quays to Clapham Junction along the existing South London Line. This requires completion of a 1·3 km connecting link, which is due to open in 2012. Services on ELL will then increase to 16 trains/h, all terminating at Highbury & Islington. 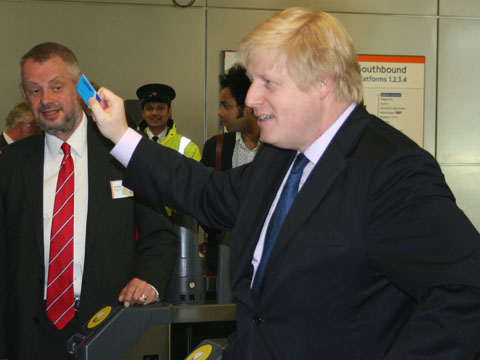