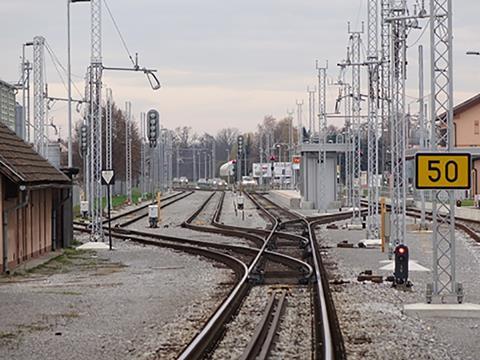 SLOVENIA: The EU has allocated €101m from the Cohesion Fund for work to modernise the line between Maribor and Šentilj near the border with Austria on the route to Graz.

The work will increase the number of train paths from 67 to 84 per day, enabling the route to handle projected increases in traffic on the Baltic-Adriatic corridor to 2039.

‘Locals and tourists will enjoy faster, safer travel’, said Commissioner for Transport Violeta Bulc on August 22. ‘I hope it will convince people to leave their cars at home and adopt this greener transport option. In addition, this EU-funded project will allow for intensified freight transport, which will have positive effects on jobs, trade and growth in the country.’