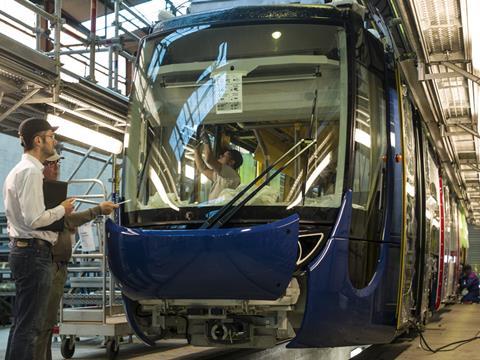 FRANCE: On November 26 the government announced the creation of Croissance Rail, a €40m investment fund that is to take minority stakes in smaller companies that have a ‘significant presence’ in the French railway supply industry, and the potential to grow in both domestic and export markets.

Formed by state investment agency Bpifrance, Alstom Transport, Bombardier Transportation, RATP and SNCF, Croissance Rail aims to make between 10 and 15 investments ranging in value from €1m to €4m over the next four years. Pierre Farin, formerly responsible for acquisitions at Egis, has been named as Investment Director.

Transport Minister Frédéric Cuvillier said that Croissance Rail would support the 150 smaller companies active in the French railway supply sector alongside the major multinational players. ‘This fund will encourage the development of the most promising among them, particularly in foreign markets, supporting employment in this sector in which 84 000 people work’, he said.