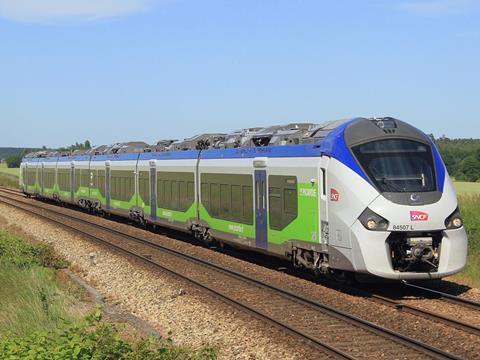 FRANCE: Proposals to tender the operation of regional passenger services in Hauts-de-France from the end of 2022 were unveiled by the regional council on April 23.

Following the lead set by Provence-Alpes-Côte d’Azur last month, the region is planning to open up local rail services to competition in line with domestic railway reforms and the requirements of the EU’s Fourth Railway Package. It has started six weeks of public consultations with users to identify priorities for the future shape of TER services in Picardie, Nord and Pas-de-Calais, and any specific requirements for each route.

According to Vice-President for Transport & Infrastructure Franck Dhersin, Hauts-de-France currently spends €452m a year to fund TER operations, but ‘the system is not working’ and users are not satisfied with the performance of national operator SNCF. Some trains are overcrowded, punctuality is below 80%, and the provision of passenger information is inadequate.

Dhersin says the region is looking to competitive tendering as a way of improving the quality of service provided, rather than simply cutting costs. Last month Hauts-de-France appealed to regulator Arafer seeking access to SNCF’s figures and greater transparency over how infrastructure, staffing and maintenance costs are charged to regional services.

The region has identified 10 potential lots of services which could be offered to the market, accounting for between 20 and 25 million train-km per year, and covering 80% to 90% of its current TER operations. These include longer-distance routes from Paris to Amiens, St Quentin and Laon as well as regional services. The consultation is expected to identify the priority lots, with the aim of tendering around 20% of services in the first round.

The regional council executive is expected to authorise at its meeting on April 25 the publication of a prior information notice setting out the proposed timescale for the tendering process. The intention is to launch a formal call for tenders in April 2020 and select the preferred bidders in October 2021. This would see the first services operated under the new contracts from the December 2022 timetable change.