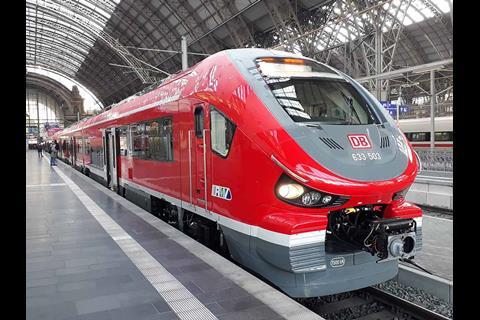 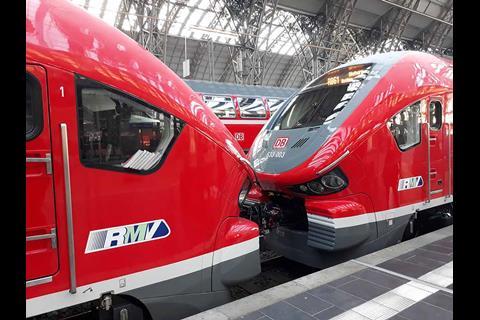 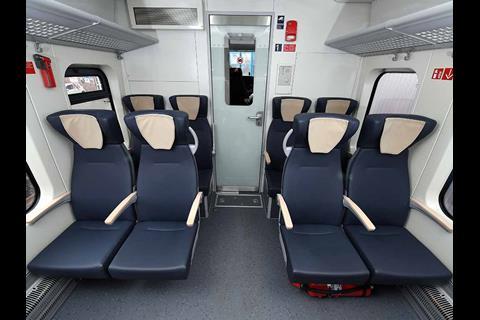 GERMANY: Pesa officially presented the first Link diesel multiple-units for use on Dreieichbahn services around Frankfurt to Deutsche Bahn at Frankfurt Hauptbahnhof on January 31, ahead of their planned entry into passenger service on February 2.

In March 2014 DB awarded Pesa a contract to supply two two-car and seven three-car DMUs for Dreieichbahn services. It subsequently ordered one more two-car set, taking the order value to €36m. The Links are intended to replace some of the Siemens Desiro Class 642 DMUs currently in service on this route.

Four three-car and two two-car sets are entering service initially, with the remaining three-car sets due to start operations in April and the other two-car set due to enter service in August. They will operate services on Rhein-Main-Verkehrsverbund Line RB61 from Frankfurt Hbf to Dieburg via Dreieich-Buchschlag, which currently carries 7 000 passengers per weekday. DB Regio Mitte operates the route under a contract running from June 2016 to December 2027.

The three-car DMUs, designated Class 633, have 160 seats including 12 in first class. The 57·1 m long trainsets are powered by two 565 kW traction motors and have three doors per side.

The 140 km/h trainsets feature a mix of transverse and longitudinal seating, and all are fitted with one PRM-compliant toilet. The air-conditioned trains feature an audio-visual passenger information system, CCTV and a multi-function area with space for up to 12 bicycles.