Record ridership in a 'challenging year' for SBB 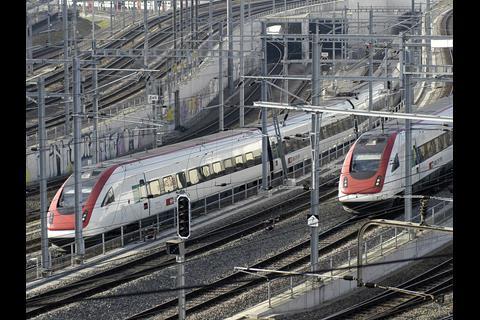 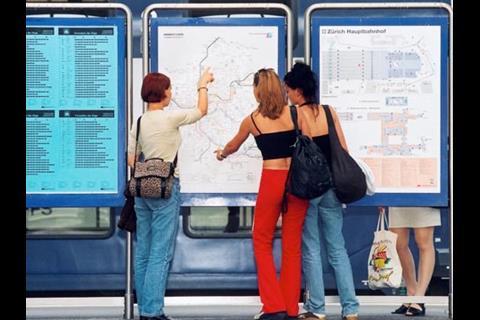 Average ridership of 1 002 000 passengers/day in 2013 was up 3·7% on 2012, while passenger-km was up 1·3% to 17·8 billion. SBB said this was largely because of improved services in French-speaking Switzerland, with 30% more seats and 14 additional trains, as well as the introduction of a 2 trains/h Zürich - Schaffhausen service offering.

Fare increases in December 2012 averaged 5·2%. This covered 80% of the SFr163m increase in train-path costs, but higher access charges and the increased expenses from running additional services 'drastically' cut the Passenger Division's operating surplus to SFr96·1m, just over a third of the 2012 figure of SFr268·9m.

The proportion of passengers reaching their destinations within 3 min of the advertised time fell from 88·0% to 87·5%.

Owing to criticism of the rigid enforcement of the 'buy before you board' rule, SBB has introduced platform tickets and less rigid rules. It is also simplifying the instructions for using ticket machines.

All 1 018 long-distance coaches are to be fitted with mobile phone signal amplifiers by the end of 2014, and the possibility of equipping the regional fleet is being discussed with network operators 'as a matter of urgency'. By the end of 2015 free wi-fi will be available at the 100 busiest stations.

In a 'highly competitive' market, SBB Cargo's traffic grew 1·5% to 12·3 billion tonne-km. Freight revenues rose by 4·7%, and by 'focusing consistently on the strengths of rail', SBB Cargo posted positive net income for the first time in more than 40 years. Net income of SFr14·7m was SFr65·9m ahead of the previous year.

However, SBB warns that the freight sector 'remains challenging both nationally and internationally, and competitive pressure from road transport remains heavy'.

Train-km rose by 2·7% to 170·0 million, and in the first few months of the year the volume of track maintenance work exceeded forecasts by SFr128·6m. A new diagnostics vehicle was instrumental in pin-pointing new maintenance requirements, as were the results of an inquiry into a broken rail. The Infrastructure Division reported an overall loss of SFr72·3m compared to a profit of SFr37·1m in 2012.