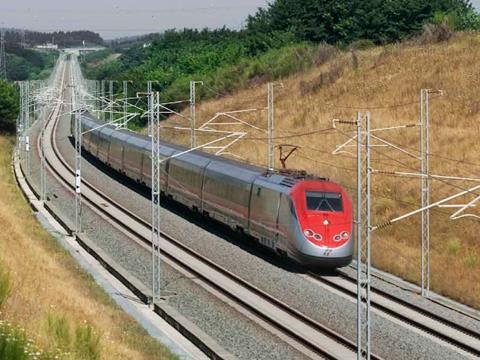 ITALY: Testing has started on the Treviglio – Brescia high speed line using a Frecciarossa 1000 trainset running at 330 km/h. An operating speed of 300 km/h is envisaged when revenue service begins in December.

The 39·6 km route, which is connected to an 11·7 km bypass of Brescia and a 6·9 km connection to the existing line west of the city, forms part of the Milano – Venezia corridor, of which the Milano – Treviglio and Padova – Venezia Mestre sections are already in use. This forms part of the larger TEN-T Mediterranean Corridor linking Spain with Hungary.

The new line will add up to four tracks between Brescia and Treviglio, allowing capacity to double. Nine viaducts, seven bridges and five tunnels have been built along the route. The layout of Brescia station is to be reconfigured to separate regional and long-distance services.

Meanwhile, construction is underway on the 73 km Brescia – Verona section and a 10 km cross-city alignment in Verona.