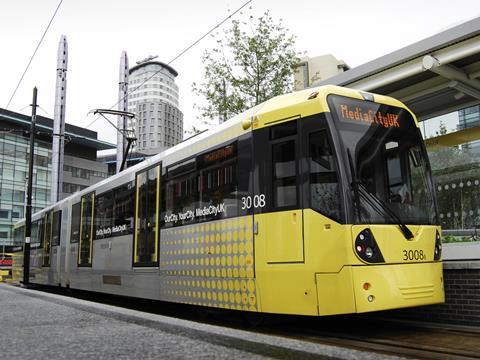 UK: The government issued a call for evidence to inform the future development of light rail and related transport on February 7.

‘We want this call for evidence to act as a trigger, as a stimulus for new ideas, and as a means to gather input from a wide range of stakeholders, including those overseas, on the scale of the opportunity for light rail’, said Norman. ‘This will form an important part of our work on the Future of Mobility Grand Challenge established in the Industrial Strategy and on “smart places”, which is considering the use, value and deployment of emerging transport technologies and services.’

The government has also announced £1·5m in funding to establish a light rail safety standards board. This would develop the safety working group of light rail industry body UK Tram, which aims to recruit two full-time staff with expertise in risk modelling. It also intends to appoint a permanent Chief Executive this year to replace Interim Chief Executive Peter Cushing.

‘We’re looking forward to seeing the next step in the evolution of the LRSSB and further improving what’s already one of the safest modes of transport’, commented UK Tram Managing Director James Hammett.