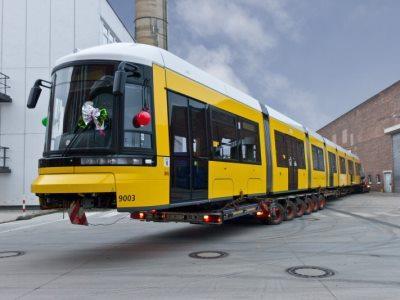 According to Bombardier, the trams have been styled specifically for Berlin and feature a ‘Bauhaus design’. The air-conditioned vehicles are equipped with regenerative braking.