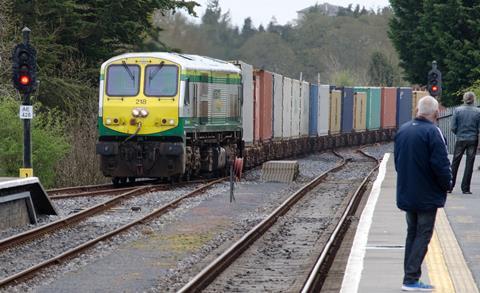 IRELAND: Global logistics company XPO is preparing to launch a regular freight service between Ballina in the northwest and the port of Waterford in the southeast.

Iarnród Éireann operated a test train over the route in March, and a further trial took place on June 30. Subject to contractual agreements, the service would begin running in the fourth quarter of 2020.

The main customer is Ballina Beverages, although XPO says there will be space on the trains for other customers. The soft drinks manufacturer had been seeking a more sustainable way to transport its concentrate to customers around the world. Transferring the traffic to rail will help to take heavy lorries off busy roads, lowering emissions by an estimated 75%, and also overcome a current shortage of lorry drivers in Ireland. The concentrate will be taken by ferry from Waterford to Rotterdam for onward distribution using a variety of modes.

One complication has been the discovery that the 45 ft refrigerated containers intended for use on the service are 2 550 mm wide rather than the standard 2 500 mm. Whilst the initial trial was completed without incident, the boxes were ruled out of gauge by IE’s Chief Civil Engineer and the second run was conducted using 20 ft tank containers pending further discussions. 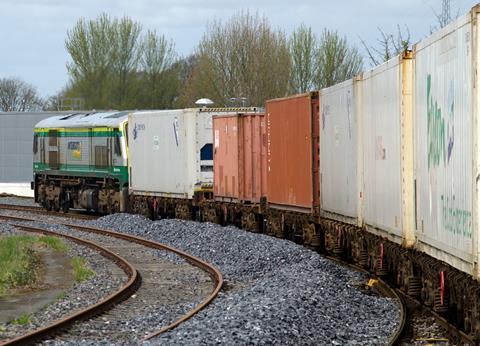 Whilst other potential import or export customers using the trains would initially be expected to use the existing Ballina freight terminal, XPO says it would potentially look to establish and serve other facilities along the west-to-south route.

IÉ previously operated freight trains between Waterford’s Belview Port and Ballina for DFDS. This service was withdrawn in June 2018, although the rail connection at the port was retained. International Warehousing & Transport has been running container trains between Dublin port and Ballina since August 2009.