Co-ordination and co-operation are key to rail freight growth 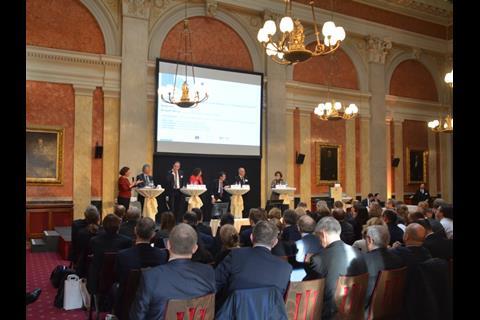 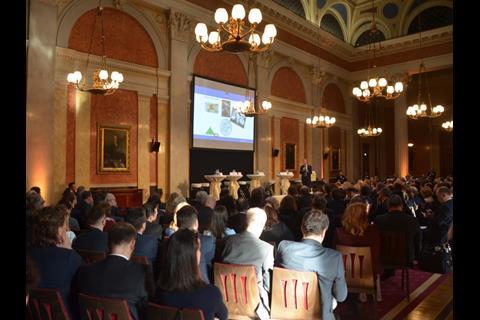 EUROPE: Strategies to enhance the competitiveness of rail freight were the main focus of discussions at the Rail Freight Day on December 6, which took place in Wien under the auspices of the Austrian presidency of the Council of the EU.

Various speakers reflected on progress since the adoption of the Sector Statement at the TEN-T Days in Rotterdam in 2016, supporting the long-term objectives set out in the European Commission’s 2011 White Paper on Transport.

Rail Cargo Group CEO Clemens Först presented the ‘30 by 2030’ programme developed by the Rail Freight Forward coalition, which brings together a broad spectrum of European rail freight operators and rail sector associations. The aim is to boost the modal share of rail freight in the EU to 30% by 2030, with road’s share falling to 63% and waterways carrying the remaining 7%. Today the split is 18% rail, 75% road and 7% water.

This programme forms the basis for the Vision 2030 target launched by RFF at the COP24 climate change talks in Katowice the following week.

Först emphasised that the objectives would only be achieved if train operators and infrastructure managers continue their efforts in collaboration, innovation and service flexibility. However, it would be up to state authorities to ensure that the whole transport sector was properly structured to take advantage of rail’s ecological and environmental benefits.

Participants agreed that the main obstacle to increasing freight transport by rail in Europe was a lack of co-ordination between the many nationally-oriented participants. This was particularly noticeable in the lack of harmonisation of operational rules at border stations, which cause considerable delay to international freight trains.

The past two years have seen significant advances in the ELETA project (Electronic Estimated Time of Arrival). This is bringing together various train operators and other players to combine their data, in order to provide more accurate predictions of when a freight train will reach a given location.

However, participants emphasised that the whole international timetabling process needs rethinking. The slow average speeds of European freight trains is attributed to a lack of harmonisation between the timetables developed by national infrastructure managers, as well as the lack of capacity to meet the needs of the freight operators. To counter some of the problems, a web-based Path Co-ordination System is being developed as a tool to co-ordinate international path requests and offers.

Similarly, participants argued that interoperability across the Single European Railway Area was being hampered by a lack of co-ordination between national bodies. They believed that progress would be impossible without further investment in new ideas and innovative technologies.

The Wien Declaration adopted at the Rail Freight Day celebrated the progress that has been achieved since Rotterdam, but noted that the development of a pragmatic win-win strategy to support rail freight would be a lengthy process which could only be achieved through a genuine spirit of co-operation.