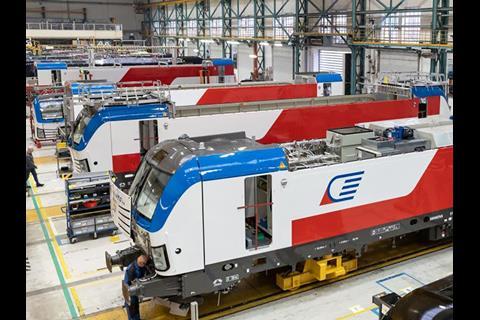 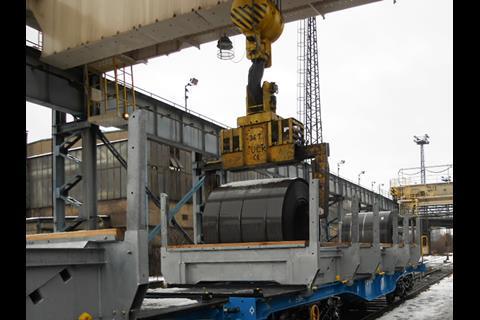 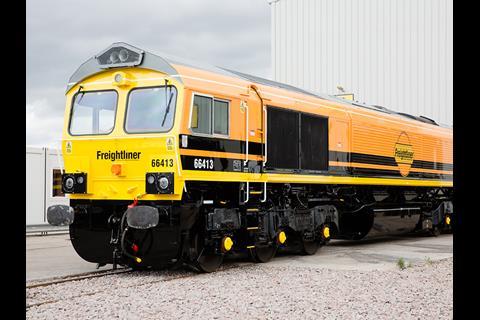 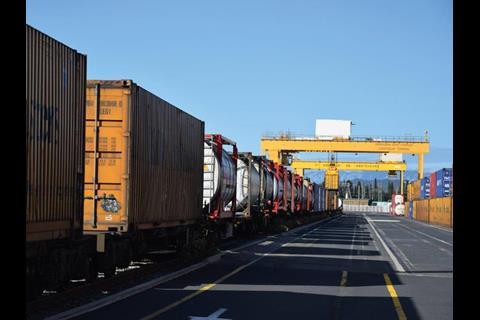 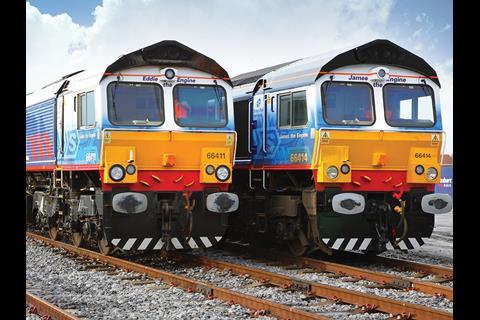 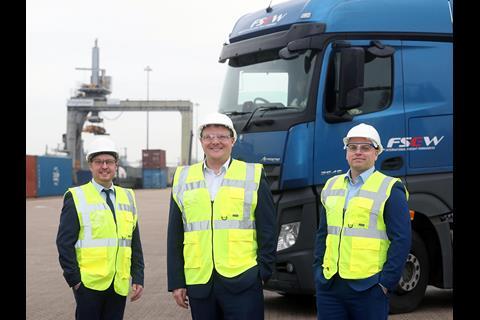 Czech national freight operator ČD Cargo has undertaken a trial loading of sheet metal coils into prototype Innofreight Coilpalette P28 carriers on a Sggrrs wagon at an ArcelorMittal site in Ostrava. Up to six pallets can be stacked per wagon, with simpler handling and a higher load capacity. This intended to replace the use of Eas, Res and Shimms wagons for the carriage of sheet metal coils from the steel plant.

Freightliner has announced plans to build a ‘state-of-the-art‘ locomotive and wagon maintenance and fuelling facility at its existing Ipswich yard in eastern England. The Genesee & Wyoming subsidiary said the ‘multi-million pound‘ investment in a 54 m long building, inspection pit, two overhead cranes and a wheel lathe would create around 20 skilled and semi-skilled jobs.

On January 24 Canadian Pacific and Hapag-Lloyd announced an extension of a long-term agreement for the movement of freight through the ports of Montréal and Vancouver.

GB Railfreight has launched a five days per week intermodal service from Birch Coppice near Birmingham to Felixstowe, its fifth new intermodal service in the past 18 months and second into the Birch Coppice terminal. 'It is demonstrative of the wider sea change we are seeing in the rail freight industry, as the UK moves from its industrial roots to become a service and consumer-led economy', said Managing Director John Smith. 'This is reflected in the fact that intermodal traffic now accounts for approximately 36% of rail freight industry-wide.'

On February 12 Greenmodal Transport and Novatrans are to launch a thrice-weekly freight service between Zeebrugge in Belgium and Dourges in France, with connections to destimnations in southern France and northern Italy.

Following a four-month pilot, UK company Eddie Stobart Logistics has confirmed the launch of a rail service from the Port of Tilbury to Daventry, which it plans to run five days a week with a forecast capacity of 200 containers a week. A weekly service would run to Widnes. ‘The service leaves Tilbury at 09.00 and reaches Daventry at 15.00’, said ESL Sector Director John Clark. ‘This will allow our customers to get fresh produce into regional distribution centres or stores across the UK on the same day. This careful timing is essential to retailers who otherwise lose much of their products’ freshness and value.’

In 2018 Russian Railways spent 14·3bn roubles on the development of railway infrastructure on routes to ports on the Gulf of Finland. The investment programme included the opening of a locomotive maintenance depot, two traction substations, power supply improvements and laying 25 km of tracks at Luzhskaya-Sortirovochnaya station. Reconstruction of Volkhovstroy-1 and Danilov stations was completed, along with double tracking between Vyborg and Popovo. Annual freight traffic to ports in the Northwestern Basin is predicted to reach 166 million tonnes in by 2025.