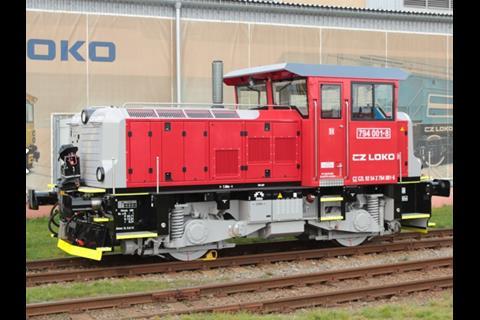 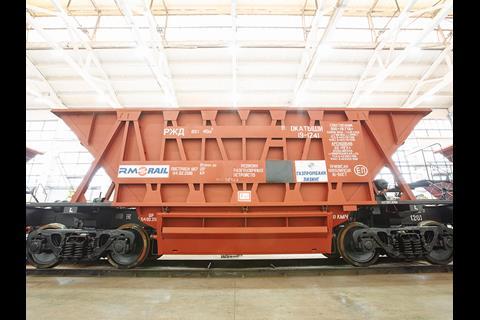 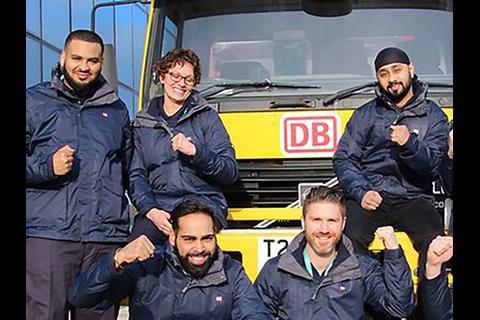 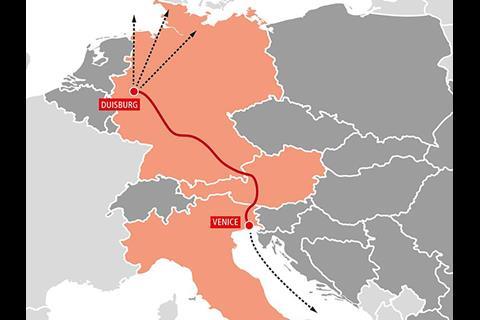 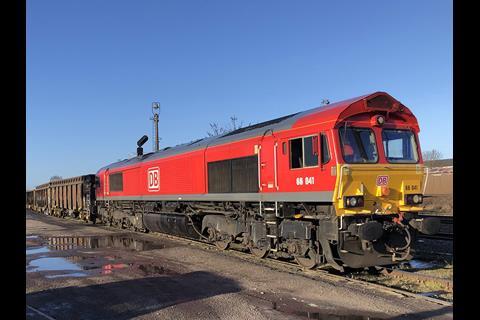 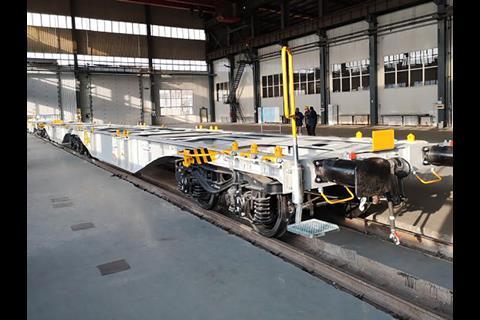 RM Rail has obtained Customs Union certification for a modified version of its Type 19-1241 hopper car designed for transporting hot sinter, pellets and other bulk cargo. It has a 23·5 tonne axleload and capacity of 69 tonnes or 45 m3. ‘Our engineering centre has done everything to increase the reliability, efficiency and resistance of the car to high temperatures‘, said Alexander Kulikov, Deputy General Director for Sales.

DB Cargo UK and the National College for High Speed Rail have launched an 18-month Level 3 Train Driver Apprenticeship programme. As well training to drive trains, this covers a range of wider topics including leadership, professional development, customer services, commercial awareness, safety, health and wellbeing. ‘We are delighted to be the first rail freight company to be involved in the delivery of such a programme’, said DB Cargo UK’s Apprenticeships Manager Kerrie Talbot. ‘This apprenticeship standard is evidence of what can be achieved when train operating companies, freight operating companies, on-track machine companies, trade unions and regulators come together and collaborate.’

Rail Cargo Group has launched a thrice-weekly TransFER intermodal service between Duisburg and Venezia. RCG said the Adriatic ports of Trieste and Koper have been of ‘central importance’ to it, but traffic to Venezia was also increasing with up to 700,000 TEU/year handled at the Venezia Scalo Marghera port which offers connections with Grimaldi Lines ships to Brindisi, Patras and Pendik.

On March 11 DCRail begun a five days per week service hauling soil from Bow to a quarry near Burton upon Trent for DB Cargo UK, on behalf of customer GRS. This was implemented from first enquiry to first service within three weeks.

CRRC Shandong has begun supplying 50 container flat wagons to Swiss logistics company Hupac under a contract awarded last year. The manufacturer is responsible for obtaining TSI certification and the Swiss federal registration. CRRC said it has now exported more than 500 wagons to France, Germany, the UK and Poland.

A freight service from Hanoi in Vietnam to Duisburg in Germany has been launched, carrying household appliances and electrical goods. The transit time via Kazakhstan is 22 days, which the promoters expect to be reduced to 19 days.