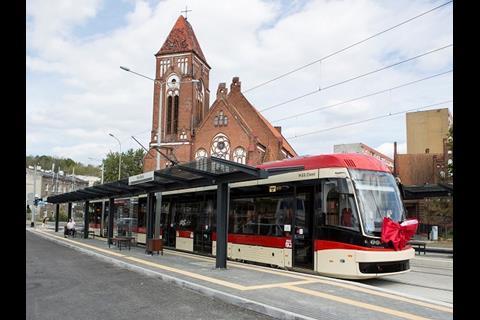 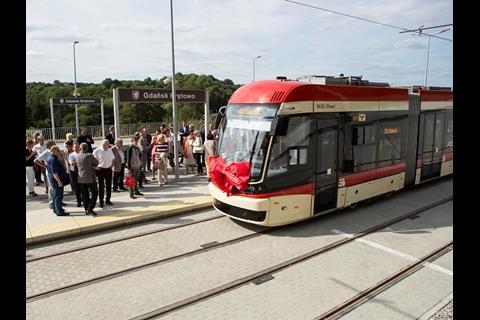 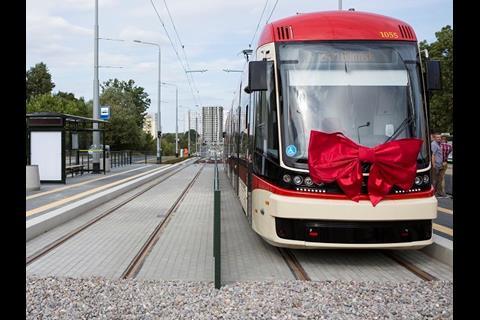 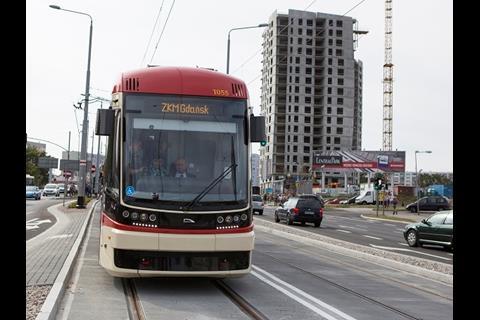 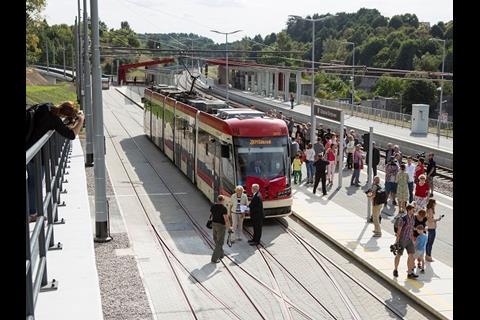 POLAND: An extension of the Gdańsk tram network was inaugurated on August 26, when Mayor Paweł Adamowicz received the safety certificate enabling the line to carry passengers. Revenue services will begin on August 31; this is a month earlier than originally planned, to be ready for the start of the new school year.

A 3·6 km double-track extension of the standard gauge network runs northwest from the Siedlce turning loop to Brętowo in Piecki Migowo district, with five stops. A 350 m long ramp brings the trams up to the level of Brętowo station on the PKM railway line, so that cross-platform interchange between trams and trains will be possible once PKM services start on August 31.

An 800 m branch has also been built, running southwest from Warneńska to Migowo with two stops.

Work started at the end of 2013 and was undertaken by a consortium of MTM and Rajbud at a cost of 139m złoty.

The termini of the two branches are the first in Gdańsk to have no turning loops, and can therefore be served only by bidirectional trams. As part of the project, operator ZKM Gdańsk purchased five Pesa Jazz Duo 100% low-floor trams for 54m złoty. The first of these was presented to the city in November 2014. ZKM Gdańsk has also purchased 14 second-hand Duewag N8C trams from Kassel, which have been modernised by Modertrans.

Services are operated as Route 10 to Brętowo and Route 12 to Migowo; these replace two bus routes.