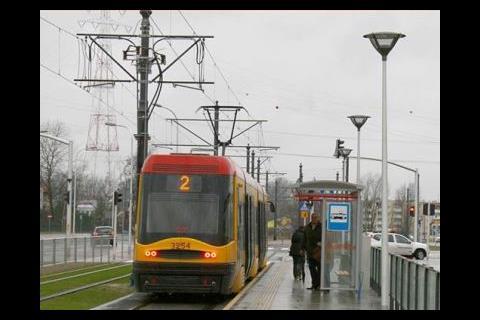 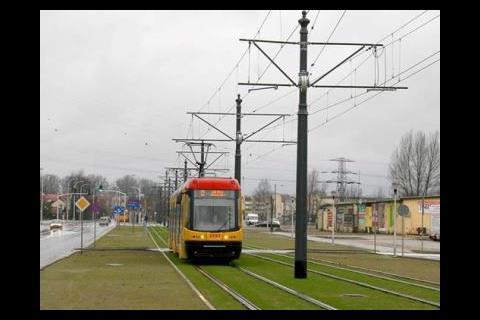 POLAND: The next stage of Tramwaje Warszawskie’s extension to serve the capital's rapidly-expanding Tarchomin district was opened for revenue service on December 24.

The first stage of the new line was completed as far as Marii Curie Skłodowski bridge in January 2013, and the latest extension to Kościelny adds a further 4·5 km plus four more stops. The final 3 km to the eventual terminus at Winnica is expected to be opened within the next year. Civil engineering works for the latest section were undertaken by ZUE at a cost of 65m złoty.

The new line is served by route 2, which offers a journey time from Tarchomin Kościelny to the metro interchange at Młociny of around 15 min. As no turning loops have been provided during the staged construction programme, the line is operated by TW’s six bi-directional Swing trams; these will be augmented by 35 Jazz Duo cars now on order from Pesa.

Once the new trams are available, TW will be able to step up the service frequency. The long-term plan envisages route 2 running every 4 min, supplemented by an extension of route 17 every 8 min.