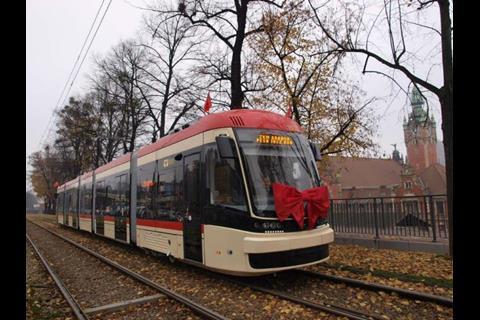 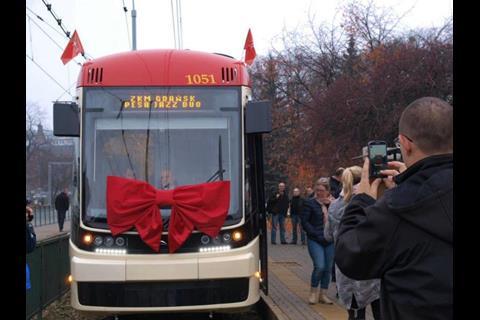 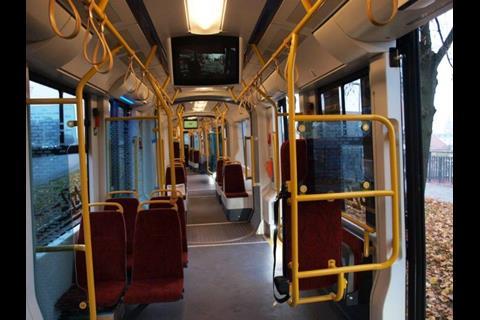 POLAND: The first of five Pesa Jazz Duo trams was officially presented to the city of Gdańsk on November 12. It is expected to enter passenger service in December.

Operator ZKM Gdańsk signed a contract for five Jazz Duo trams in September 2013, having selected Pesa as preferred bidder in July. The 54m złoty cost is being co-financed from EU funds.

These are the first Pesa Jazz cars to be put into service outside Warszawa. The bidirectional vehicles will initially operate services on an extension to the Piecki-Migowo district, which is under construction for opening next year, as this will not have a turning loop.

The five-section 100% low-floor trams are 29·7 m long and 2 400 mm wide with capacity for 203 passengers, including 32 seated; there are also wheelchair spaces. The trams feature an audio-visual passenger information system, air-conditioning and real-time diagnostics software. Maximum speed is 70 km/h, and the vehicles can handle gradients of up to 6%.