Granada operations out to tender 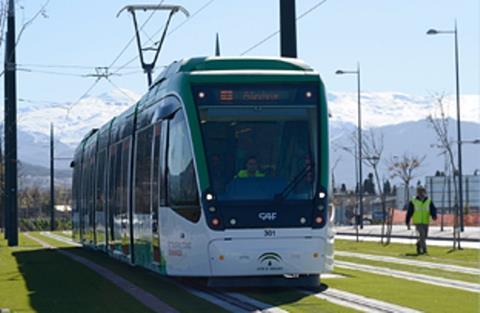 SPAIN: Within a budget of €33⋅6m, the Andalucía regional government is tendering a six-year contract to operate the 15⋅9 km light rail route nearing completion in Granada. The contract would involve the creation of 112 jobs, principally drivers and other operating personnel; other services including maintenance, security and cleaning are also out to tender.

Having absorbed project organisation Metro de Granada SA, the regional government’s public works agency is now undertaking dynamic trials with the fleet of 15 LRVs on the completed Albolote — La Caleta section, drawing on its experience of operating urban networks in Sevilla and Málaga as well as developing the Cádiz tram-train and Alcalá de Guadaira projects. With work to install electrification, signalling and telecommunications equipment underway, dynamic trials were due to start on the remaining section to Armilla from September.