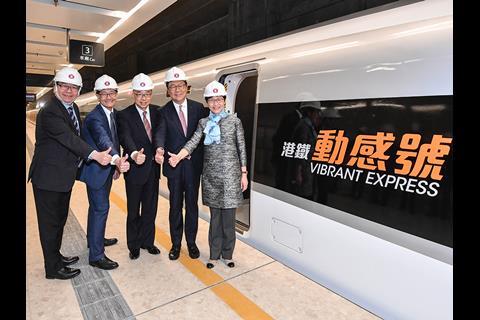 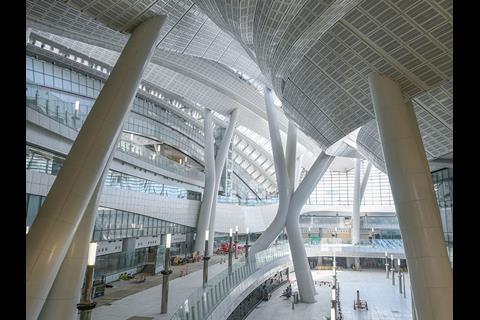 MTR Corp Chairman Professor Frederick Ma said construction of the cross-boundary railway had ‘never been an easy feat’, but it was ‘exciting to see that the railway is ready to proceed to its trial operations’. Opening is now planned for September.

The 102 km between Guangzhou Nan and Shenzhen Bei opened in December 2011. Construction of the Hong Kong section of the line was approved by the Special Administrative Region’s Executive Council in October 2009, when completion had been planned for 2015, but tunnelling proved more difficult than anticipated.

‘The project has gone through years of planning and various challenges during its construction’, said the Chief Executive of Hong Kong Special Administrative Region Carrie Lam at the ceremony. ‘While the completion of the project is approaching, it is important to remember that it has been a joint effort, with great professionalism and a spirit of striving for excellence being shown by the engineering teams and regulating departments involved, which together have overcome the challenges they faced.’

At the event MTR Corp announced that it had chosen ‘Vibrant Express’ as the brand name for the nine trainsets supplied by CRRC Qingdao Sifang for XRL services. The name was selected following a public competition which received more than 16 000 entries because the judges felt it reflected Hong Kong’s characteristics as ‘a vibrant city bursting with energy’, said Ma.