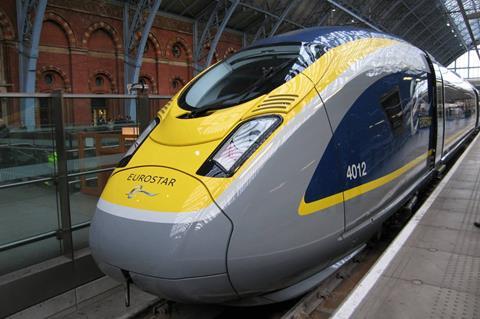 EUROPE: Eurostar is looking to reduce its payroll costs through the introduction of reduced hours and more part-time working ‘wherever possible throughout 2021’, in a move which the cross-Channel high speed operator said was intended to protect jobs at a time when ‘the impact of Covid-19 has led to an unprecedented fall in demand across the travel industry’.

The operator said its aim is ‘to protect as many jobs as possible and retain the knowledge, skills and experience of our people for the recovery, keeping any potential redundancy to a minimum’.

The RMT trade union said the cuts amount to a 20%‎ reduction in costs, and would ‘hit Kent and the stations at Ebbsfleet and Ashford particularly hard’.

Senior Assistant General Secretary Mick Lynch called for the government to provide support and ‘to recognise the long term importance to the British economy of these cross-Channel transport services as we look to the future’, saying ‘short-term cuts would have dire long-term consequences’.

Manuel Cortes, General Secretary of the TSSA trade union which has members in clerical, administrative, supervisory and managerial roles, said the union was seeking to ‘work constructively’ with Eurostar and the government to protect ‘jobs and the future of this vital service’.

The UK sold its stake in Eurostar in 2015, but Cortes called on the government to act, saying ‘the French and Belgian governments continue to own their share of this company and will no doubt intervene to save jobs in their countries. Our government must step up to do likewise.’