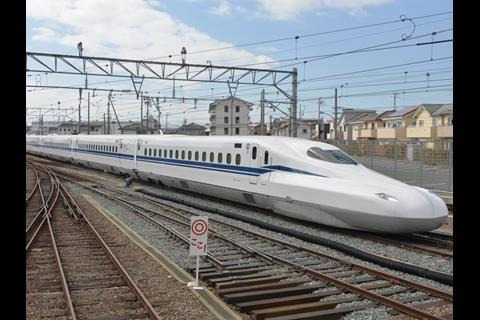 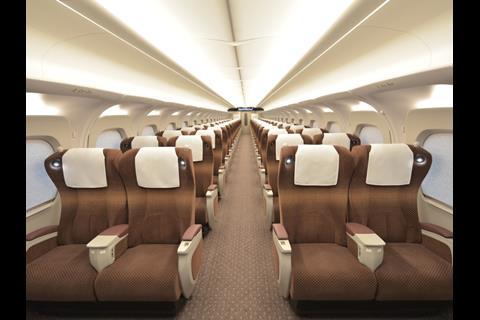 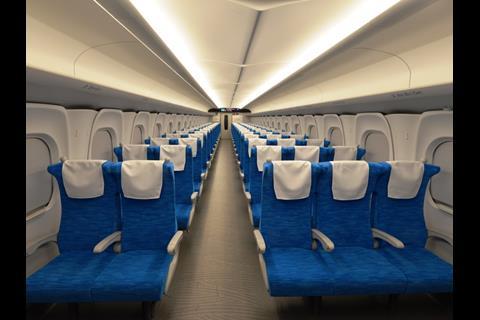 JAPAN: Central Japan Railway unveiled its completed N700S prototype Shinkansen trainset at Hamamatsu depot on March 10. Emblazoned with a huge gold S for Supreme, the latest derivative of the Series 700 family will begin an extensive programme of test running on March 20. The first commercial sets are expected enter revenue service on the Tokaido Shinkansen between Tokyo and Shin-Osaka in the 2020 financial year, while the prototype will be retained ‘as dedicated test vehicles to propel the development of new technologies’.

According to the Deputy Director-General of JR Central’s Shinkansen Operations Division Masayuki Ueno, the N700S has been ‘completely redesigned’ as the symbol of a ‘new era’ on the world’s first high speed line, while retaining many elements from the Series 700, N700 and N700A trainsets that preceded it.

Assembled at Nippon Sharyo’s Toyokawa plant, the 16-car N700S is formed of 14 motor cars and two driving trailers, with a continuous power rating of 17 080 kW. This will enable it to operate at 285 km/h on the Tokaido Shinkansen and 300 km/h on the Sanyo Shinkansen. Total seating capacity is 1 323 passengers, including 200 in Green Car. The remodelled interior is fitted with a new design of seating, while power sockets for electrical equipment will be provided throughout. Automatic illumination of the luggage racks at each stop is intended to remind alighting passengers not to forget their belongings.

The driving cars have LED headlights incorporated in a 10·7 m long nose, which uses a modified ‘dual supreme wing type’ profile to improve airflow and reduce the sonic boom effect when passing through tunnels. The use of silicon carbide semiconductors and natural air-cooling have helped to reduce the total weight of the traction package system for a 16-car trainset by an estimated 20% or more than 11 tonnes, while reducing energy consumption by around 7% compared to the Series N700A.

As part of the changes, JR Central has standardised the layout of the underfloor equipment in order to reduce the number of different car types from six in the N700A to just four – two driving trailers and intermediate motor cars with either a transformer or converter package, which are connected electrically into four-car sub-sets. This is intended to facilitate the development of 8-car and 12-car variants for possible export applications.

Read more about the development of the N700A and N700S families in the December 2017 issue of Railway Gazette International magazine, available to subscribers in our digital archive.