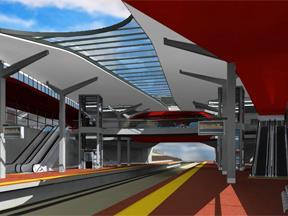 AUSTRALIA: Western Australia's Public Transport Authority has awarded Ansaldo STS Australia an A$17·9m contract to supply signalling for a 7·5 km extension of the Joondalup Line from Clarkson to a park and ride station in Butler. The latest extension of the Perth commuter network is scheduled to open at the end of 2014.

Ansaldo STS will design and supply signalling equipment including MicroLok interlockings under the contract announced by Western Australia Transport Minister Troy Buswell on November 13. The scope of the contract includes signalling to control access to the rolling stock depot at Mandurah.