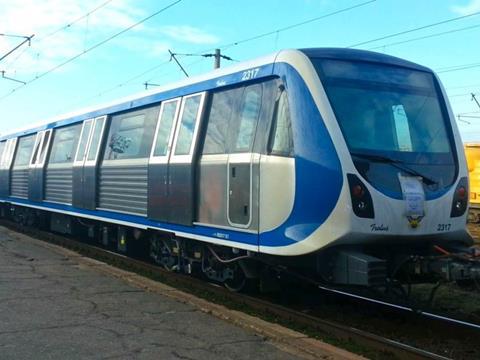 ROMANIA: Financing worth €252m for the ongoing construction of București metro Line M5 was approved by the European Commission on October 3. ‘This will have a positive impact on the quality of the air in București, local companies, tourism and, of course, on the inhabitants of the neighbourhoods it serves’, said Corina Crețu, European Commissioner for Regional Policy. The 7·2 km first phase of M5 with 10 stations is under construction to connect the western part of the city with the centre. It will run from Râul Doamnei via Romancierilor to an interchange with M1 and M3 at Eroilor, with a short branch from Romancierilor to Valea Ialomiţei. Opening is now planned for June 2018. A second phase would extend line M5 eastwards from Eroilor to Iancului with eight stations. A third phase from Iancului to Pantelimon adding seven stations is envisaged for completion after 2030, taking the line to 16·2 km and 25 stations.