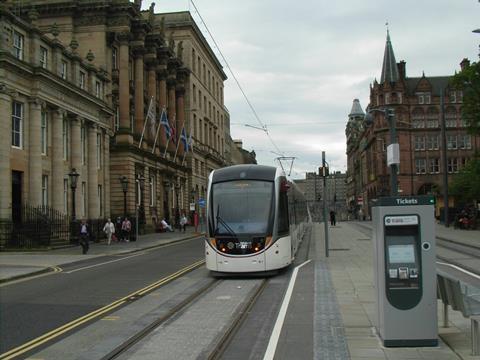 UK: City of Edinburgh Council announced on March 13 that it had prequalified four bidders for a contract to build the proposed tram extension to Newhaven.

The 4·6 km eastern extension from York Place to Leith and Newhaven was originally to have been built as the part of the first line, but was subsequently descoped when the project ran late and over budget. The city council approved an outline business case for the project in September 2017.

Seven applications had been received for the infrastructure & systems contract. The four shortlisted bidders are: BAM and Colas Rail; Dragados; Farrans, Sacyr and Neopul; and Sisk and Steconfer. They will be invited to tender in mid-April, with a preferred bidder due to be selected in ‘late summer’.

Based on the results of this tender, the city council will then decide whether the project can go ahead. If it is approved, the infrastructure & systems contract is expected to be signed before the end of 2018. If the project goes ahead, the extension would be expected to open in 2022.