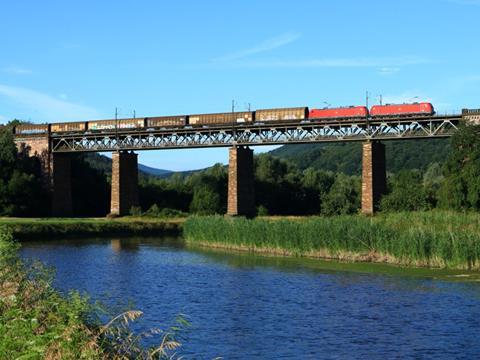 GERMANY: A 54% increase in spending on infrastructure renewals will see €86bn invested in the national rail network over the next decade, Transport Minister Andreas Scheuer announced on July 26.

Unveiling a 10-year plan for 2020-29 which he described as ‘the biggest railway modernisation programme’ in Germany's history, Scheuer said the intention was to provide ‘a high performance, high quality rail network as a basis for active climate protection in the transport sector’. This would also support a projected doubling of railway ridership by 2030.

Drafting of the federal transport ministry's third performance and financing agreement for Deutsche Bahn (LuFV III) is due to be completed by the end of August, ready for presentation to the Bundestag in the autumn. The agreement would run for 10 years rather than the five years of the previous two, providing greater stability for long-term planning and helping to drive down unit costs.

Under the draft agreement, the state will contribute an average of €6·2bn per year, while DB will provide €2·4bn. The current LuFV&nbvsp;II for 2015-19 allocated €28bn for infrastructure renewals and maintenance, of which €20bn came from the federal government. In both cases the agreement does not include capacity enhancement works which are funded separately.

Responding to growing concerns about the deteriorating condition of the 33 000 km network, and notably many life-expired major structures, LuFV III is intended to provide funding for the renovation or renewal of 2 000 bridges. But according to Alexander Kirchner, Deputy Chairman of the DB Supervisory Board, at least €10bn a year is needed to eliminate the huge backlog by 2030 and bring the deteriorating network back to a state of good repair.

Questions are also being asked about DB’s ability to fund its share of the planned spending, given the state-owned company’s debts of €25·4bn and declining profitability. Nevertheless, CEO Richard Lutz insisted when announcing the railway’s half-year results on July 25 that DB was making ‘good progress’. The Executive Board expects net investment for 2019 to reach a record figure of more than €5·5bn.