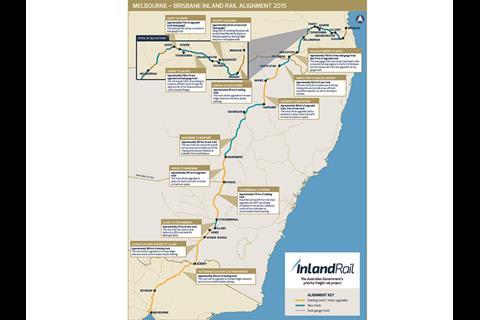 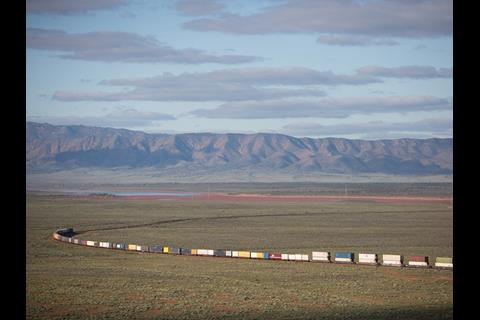 AUSTRALIA: Australian Rail Track Corp has awarded a joint venture of SMEC and Arup the technical and engineering advisory services contract for the Inland Rail project. On April 22 Arup said the joint venture would provide a team of experts which would to ‘significantly bolster’ the resources of ARTC's Inland Rail team.

A further six contracts for the initial environmental investigations and engineering design have been awarded to GHD, Parsons Brinkerhoff, Aecom, Arup and Jacobs.

The proposed 1 700 km corridor linking Melbourne and Brisbane would require the construction of 600 km of new line as well as extensive upgrading of existing tracks. This would cut the end-to-end journey by 200 km and enable freight trains to bypass the congested Sydney area. The line would initially carry 1 800 m long double-stack container trains, with 3 600 m trains planned for the longer term.

‘Almost 100 years after the Trans-Australian Railway was completed, it is time to join our nation from north to south and build the Melbourne to Brisbane Inland Rail’, said Minister for Infrastructure & Transport Darren Chester. ‘It is time to address eastern Australia’s freight challenge. Inland Rail is a game-changer for Australia as it is being designed to provide a dedicated Melbourne to Brisbane freight link that is reliable and provides a less than 24 h transit time at an attractive price, enabling the market to move goods when the market wants. Inland Rail will boost regional economic growth and drive national productivity as it will connect key production areas in Queensland, NSW and Victoria with export ports in Brisbane and Melbourne, with linkages to Sydney, Adelaide and Perth.’