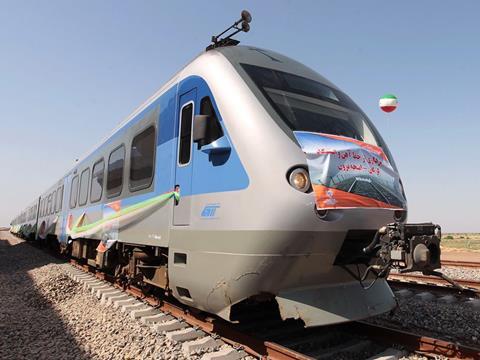 IRAN: President Ahmadinejad and Minister of Roads & Urban Development Ali Nikzad attended an event on May 27 to ceremonially inaugurate an 80 km railway linking the northern city of Gorgan with Incheh Borun on the border with Turkmenistan.

The standard gauge line forms part of the Kazakhstan - Turkmenistan - Iran transit corridor east of the Caspian Sea which is being developed under a 2007 agreement between the three countries. The section within Kazakhstan was opened on May 11, and the Turkmen section is under construction. Bogie changing facilities are to be provided at the break of gauge in Incheh Borun.

A connection between the Iranian and Turkmen rail networks at Sarakhs was completed in 1996, and a short spur from Turkmenistan serves the Loftabad border crossing facility in Iran but is not joined to the Iranian network.