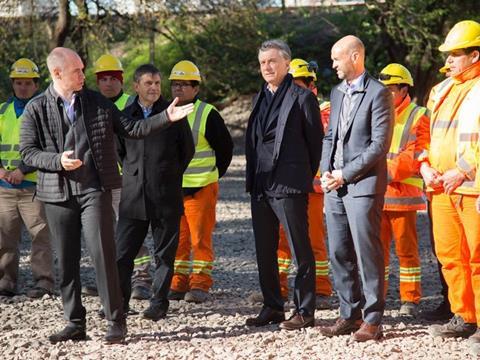 Running between Avenida Dorrego and Avenida Congreso, the new viaduct will enable eight level crossings to be removed and two streets currently divided by the railway to be connected. It is expected that over 200 000 rail and bus passengers as well as car drivers will benefit from the safety improvements, capacity increases and journey time reductions that the project is planned to deliver.

Elevating the Mitre alignment will also see the stations at Lisandro de la Torre and Belgrano C rebuilt. Expected to employ over 1 500 people, the project is due for completion in mid-2019.