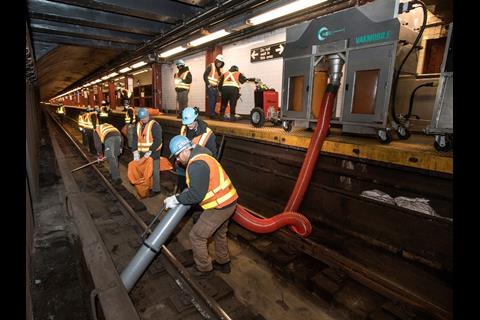 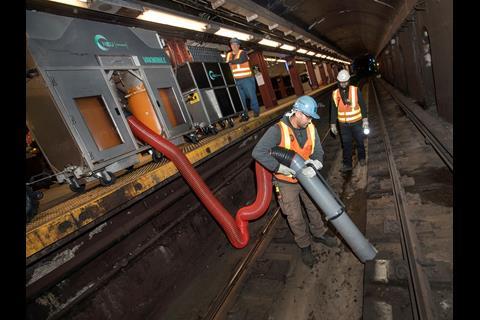 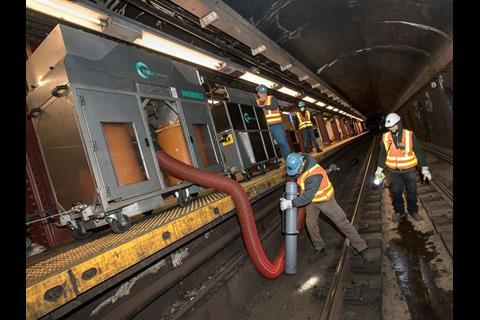 USA: New York Metropolitan Transportation Authority has started testing a prototype track vacuum cleaner from Neu Railways as part of its Track Sweep initiative to reduce the amount of litter on metro tracks.

A second prototype unit is due to be deployed within the next two weeks. Tests are to last 30 to 45 days on sections of the Subway network in Manhattan and Queens, with more cleaners to be ordered if the prototypes prove successful.

Powered by lithium iron phosphate batteries, the cleaners can be operated from platforms and moved between stations on a conventional train.

MTA launched Track Sweep in June with the implementation of a new cleaning schedule. It has ordered three track vacuum trains, which are due to arrive in 2017-18, and is to purchase 27 refuse cars to move debris out of the system more quickly.