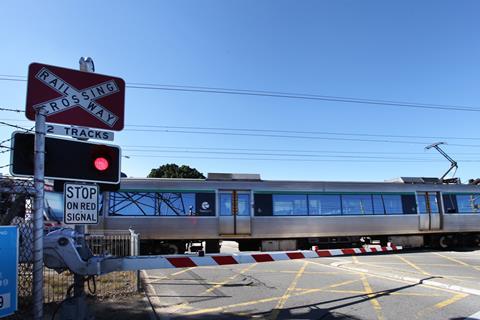 Following the start of work last year on a road underbridge to replace the Denny Avenue level crossing in Kelmscott, the package of works announced on June 17 includes rebuilding the 2·8 km section of the Armadale Line between Victoria Park and Beckenham onto an elevated alignment. This would eliminate the busy crossings at Mint Street, Oats Street, Welshpool Road, William Street and Wharf Street, while freeing up land for new community and commercial spaces. A road overbridge is envisaged to replace the Hamilton Street crossing.

The public transport authority noted that the boom gates at Oats Street were currently being closed 233 times each day, amounting to almost 6 h. It said elevating the railway would remove the ‘barrier’ that has separated Carlisle, East Victoria Park and Cannington for more than a century, ‘providing more opportunities for pedestrians, cyclists and motorists to safely cross the rail corridor while also creating safer roads and quieter neighbourhoods’.

The stations at Carlisle, Oats Street and Beckenham will be rebuilt, while that at Welshpool, which is close to Oats Street, would be eliminated as part of the works. Transperth is also looking at the potential for rebuilding or modernising Queens Park station. Following the minister’s announcement, it said work would begin on developing concept designs and confirming the precise station locations.

The 2019-20 state budget committed A$415m towards the removal of the Mint, Oats and Welshpool crossings. Funding for the remaining three (Wharf, Hamilton and Williams) remains subject to an agreement with the federal government.