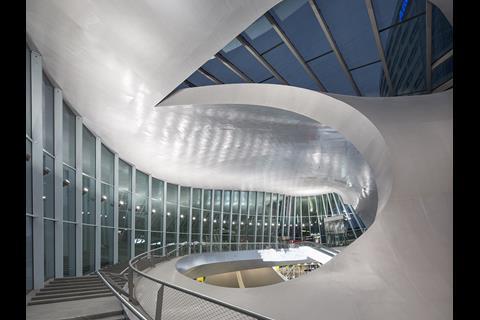 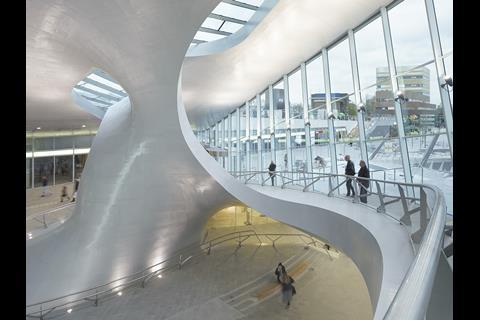 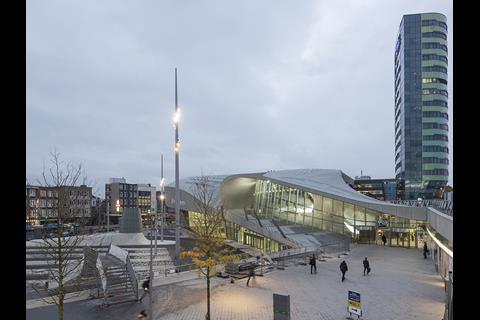 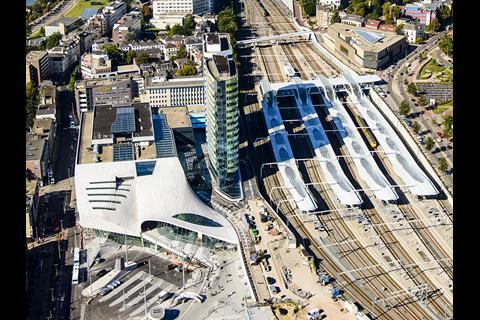 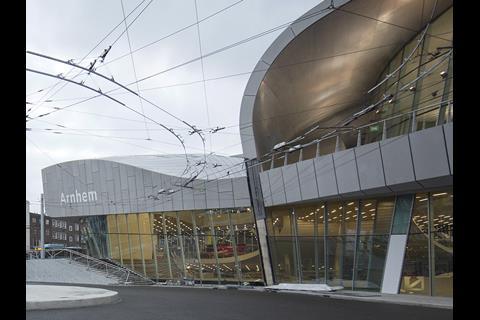 NETHERLANDS: A €37·5m ‘Transfer Terminal’ at Arnhem Centraal which architectural practice UNStudio claims ‘rewrites the rulebook’ on station design was officially opened by Sharon Dijksma, State Secretary at the Ministry of Infrastructure & Environment, on November 19.

This marks the completion of 20-year project to redevelop the 1950s station area to create a ‘new front door' for the city and provide the capacity to handle 110 000 passengers/day in 2020.

The masterplan was devised by UNStudio, which designed the Transfer Terminal in partnership with engineering company Arup.

The station is intended to form a 'transfer machine' which will shape the way in which people intuitively use the space. ‘We wanted to give a new and vital impetus to station design, so rather than merely designing the station around the activities and people flows that already took place there, the expanded architecture of the new Transfer Terminal directs and determines how people use and move around the building’, explained Ben van Berkel, founder and principal architect of UNStudio.

The ‘dramatic twisting’ roof with column-free spans of up to 60 m was inspired by the mathematical concept of a Klein Bottle, and aims to blur distinctions between the inside and outside by continuing the urban landscape into the hall, where ceilings, walls and floors seamlessly transition into each other. Shipbuilding techniques were used in the construction, which was undertaken by Ballast Nedam and BAM.

There are two underground levels for car and bicycle parking, and ‘multiple undefined’ above-ground levels for the entrance lobby, shops, offices, service areas and links between rail, bus, taxi and cycle transport modes.

The first plans for the project were produced in 1996. ‘To keep all stakeholders on board and on the right track during the long journey to completion was a real challenge’, said Karin van Helmond, Project Manager, Station Development, at infrastructure manager ProRail. ‘In the past 20 years many things changed in the economy, technology, politics and social environment. By focusing on our ultimate goal, the actual building of this magnificent station, we succeeded in overcoming all setbacks and risks and by working closely together we got this unprecedented job done.’