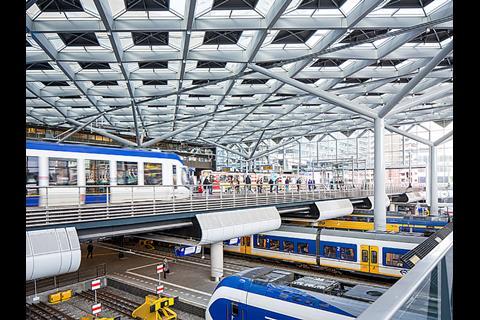 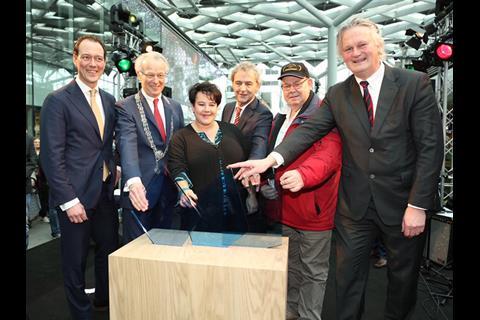 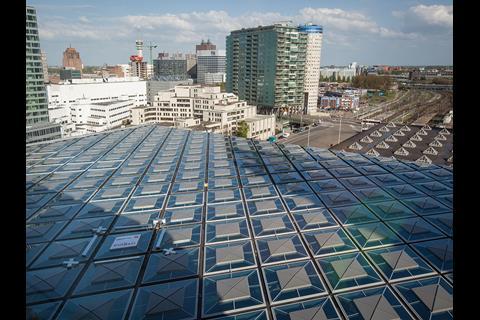 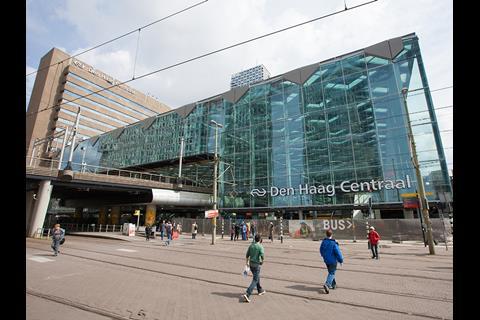 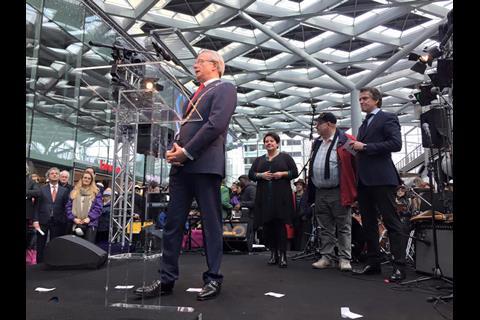 NETHERLANDS: The rebuilt Den Haag Centraal station was officially inaugurated by Mayor Jozias van Aartsen and State Secretary at the Ministry of Infrastructure & Environment Sharon Dijksma during a day of celebrations on February 1.

The redesigned terminus is intended to be brighter, more spacious and less cluttered than the 1970s structure it has replaced, and to bring rail, bus and tram transport together.

120 m long, 96 m wide and 22 m high building, which can be entered through glass facades on all four sides and is designed so that trains, trams and buses can all be seen from the concourse at a glance. The glass roof supported on eight steel columns has an area equivalent to two football pitches, and incorporates 218 diamond-shaped elements each measuring 8 m by 12 m.

The design concept for the new station was approved in December 2003, when it had become apparent that the existing facilities could not cope with growing demand; the number of daily users is expected to increase from 190 000 day at present to 270 000 by 2025. The rebuild was undertaken in two phases, starting with the tram platforms in 2006 before the main station works began in 2011.

The project forms part of a national station modernisation programme which is being undertaken by infrastructure manager ProRail. Rebuilding of Rotterdam Centraal, Delft and Arnhem Centraal stations has been completed, and work at Breda, Tilburg, Eindhoven and Utrecht Centraal is scheduled for completion this year.