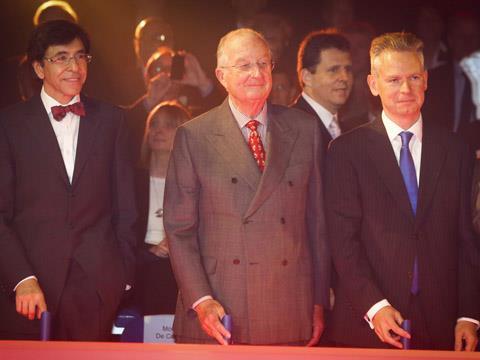 BELGIUM: The Diabolo connection to Brussels National airport was formally opened on June 7, when King Albert II drove the first train over the new line. Revenue services are due to start on June 10 after a public open day on June 9.

Under construction for the past five years, the €678m Diabolo project creates a through route under Brussels National Airport, connected to the rest of the network by triangular junctions at each end to give maximum operating flexibility. It includes 22·4 km of new line, built in two sections which have been promoted, funded and built in different ways, one by the public sector and the other through a PPP concession.

Designed and built by SNCB's project engineering subsidiary TUC Rail, the 17·6 km Line 25N between Schaarbeek and Mechelen provides a second pair of tracks to augment the existing Line 25 from Brussels to Antwerpen. Costing €388m, this section has largely been funded by Infrabel, with a €15m EU contribution under the TEN-T programme.

The 4·8 km northern connection into the airport has been funded and built by Northern Diabolo NV under a €290m PPP deal with Nordbank AG and International Public Partnership GP Ltd, who will recoup their investment over the next 35 years through a mix of availability payments and passenger supplements. From a triangular connection with Line 25N, the airport branch tunnels under the runway to reach the existing airport station, which has been enlarged. The number of passengers using the airport station each year is expected to increase from around 4 million in 2010 to 10 million by 2030.

From June 10 SNCB will operate through services from Adinkerke, Gent and Brussels to Mechelen and from Landen and Leuven to Antwerpen via the airport. A direct service from Brussels-Luxembourg and Schumann, serving the European Parliament and Commission offices, is to be introduced in 2015 following the completion of the Schumann - Josaphat tunnel; this will offer a journey time between Brussels-Schuman and the airport of just 13 min.