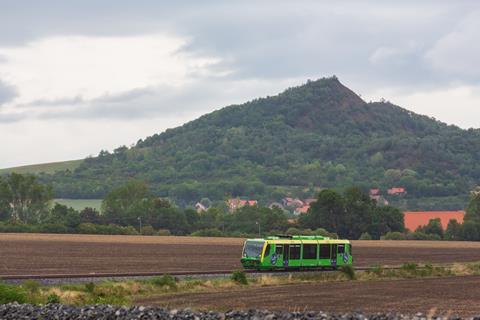 CZECH REPUBLIC: Regular passenger services returned to the so-called Plum Railway in the Ústí nad Labem region with effect from the December 15 timetable change, after signalling company AŽD Praha reached agreement with the local government to restore services on the Litoměřice horní nádraží – Most line U10. 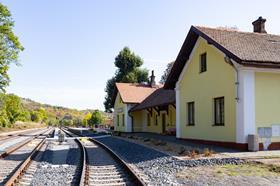 Trains had been withdrawn in 2007 due to the poor condition of the infrastructure, and the government subsequently designated the 38 km line as ‘unnecessary’. The railway was purchased by AŽD in 2016 for use as a testbed for its signalling technologies. The company restored the line to operational condition at a cost of around KC100m, repairing the earthworks and drainage and renewing the track as necessary, installing new signalling to increase the line speed to 100 km/h. 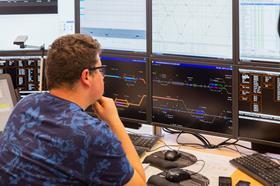 In co-operation with the Ústí region, AŽD initially began operating a weekend tourist service from Lovosice to Most. It has now been awarded a contract to reinstate daily services. The company is operating 11 trains each way between Litoměřice and Most, serving 14 intermediate stops, plus another seven short workings between Litoměřice and Třebívlice. Services are worked by a fleet of four low-floor RegioSprinter diesel railcars acquired from Germany, which have been refurbished and fitted with air-conditioning, wi-fi, at-seat charging sockets and an accessible toilet. Each unit can hold 65 seated and 100 standing passengers, and also provides space for prams, bicycles and skis. 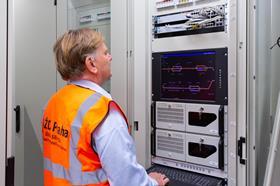 AŽD CEO Zdeněk Chrdle says the region agreed to support the train service because it would now be faster than a bus route, adding that the once-abandoned line has been transformed into one of the most modern regional railways in Europe in less than three years. 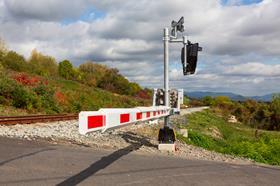 AŽD has equipped the branch with its StationSWing ESA-44 electronic interlockings, TrainSWing RBA-10 Radio Block Centre and GSM-R, providing ETCS Level 2 to the latest Baseline 3 standards; the line is controlled from the regional dispatching centre in Lovosice. ETCS Level 1 lineside equipment will shortly be installed on part of the route for testing.The signalling also allows for testing of ATO over ETCS to the latest UNISIG and Shift2Rail specifications. AŽD expects to begin trials with automonous trains during 2020, testing automated operation up to Grade of Automation 4 without drivers.

Other signalling systems installed for demonstration purposes on the Čížkovice – Obrnice section include the company’s GateSwing PZZ-J level crossings with electronic controls, LED warning lights and telescopic barriers made from aluminium or composite materials. AŽD is also trialling its prototype FieldSWing SNA-100 signals for speeds above 160 km/h, various types of point machines and an optic fibre sensing system to detect rail breaks. Selected level crossings will be equipped with a transmitter communicating with road vehicles in line with the emerging C-Roads specifications.

AŽD has also been testing the use of drones for remote monitoring and the detection of failures, including the visual identification of defects and rail breaks. Chrdle says that subject to legislative approval, this technology is now ready for commercial use.